Will There Be A Season 3 of Motherland Fort Salem? 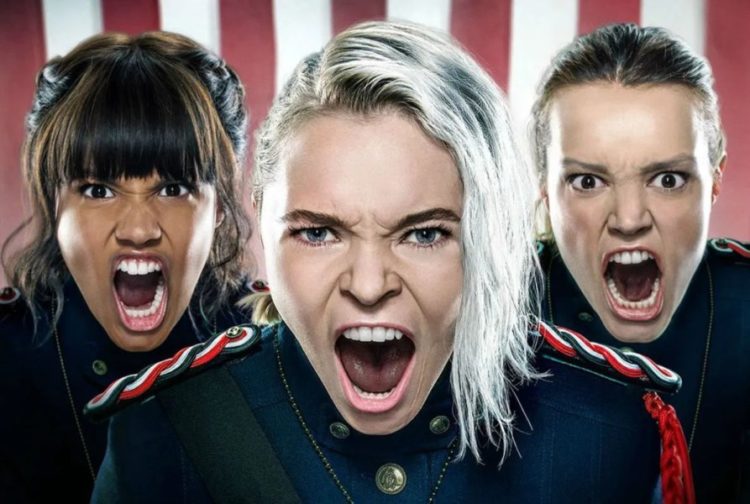 Motherland Fort Salem is of course a pretty famous series on the internet. With a promising first season, we were eager to find out about the ending of the show. Well, we got the second season after a brief period of hiatus. However, fans are now a bit worried whether there will be a third season or not. Actually, the reception of the second season wasn’t as grand as expected. So, what’s on the horizon for the show? Well, give this article a read if you want to find out.

An Overview of Motherland Fort Salem

The series follows the alternate version of our present-day America. Moreover, in this reality, the Witches have ended their persecution by making a deal with the US government, that they’d fight for the country.

Furthermore, the story is about three young women who, from their basic combat training in magic, face early deployment in a thrilling and dangerous world. In this world, we have women on the front lines. Moreover, the fights and terrorists are strikingly similar compared to our world. However, they fight with supernatural tactics.

A Bit on The Previous Two Seasons of Motherland Fort Salem

It doesn’t make sense for you to read this if you haven’t already seen the first two seasons. So, of course, spoiler alert. On the other hand, to those of you, who have watched the season, let’s do a quick recap, shall we?

At the conclusion of the first season, fans found that Raelle and Abigail didn’t only survive the blast, but they were the ones who had created the blast in the first place. So now the witches are trying to figure out how to recreate and control the newfound power.

In the second season, we met a new threat, aside from the group of witches. So, who’s the new enemy? Well, it’s Camarilla. Fans are now speculating as to what will happen. Whether the adversaries will eventually group together to fight a common enemy or not is a question to theorize about.

What Can We Expect in the 3rd Season?

In an interview with Taylor about season 2, she said that this season was definitely darker, edgier and most of all, action-packed. She has elaborated on many details about the second details. Moreover, the creator of the show, Eliot Lawrence has teased the chances of Raelle and Scylla’s reunion. So, fans are wondering whether they would reconcile their relationship.

Furthermore, another thing that fans have been hoping for is for Raelle to finally learn the truth about her mother who’s still alive. Though Taylor hasn’t really told whether the union will take place or not, she teased that Raelle might know why her mother faked death. She said, “It will be a little of everything at once”.

Well, the makers have teased a major point about the series. They said season 2 will end on a cliffhanger. Therefore, it will set up nicely for a potential 3rd season. So, they are excited to play with numerous possibilities, if Motherland Fort Salem season 3 comes.

However, there’s no news of the 3rd season of Motherland: Fort Salem, but fans are expecting to see their favorite character for the 3rd time. Since the show did pretty well economically compared to other shows of Freeform, there’s a definite possibility that it will be renewed.

So that’s all folks. There’s a sure possibility looming around the horizon about a potential 3rd season. Though nothing is yet confirmed, so we just have to wait and see.