What’s Up With The Rumored Split Between Natalia Dyer and Charlie Heaton? 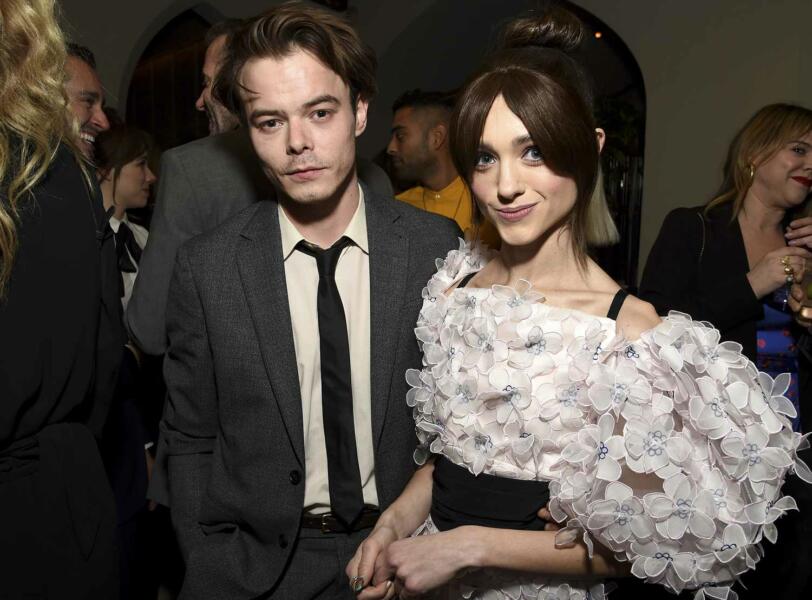 Natalia Dyer and Charlie Heaton have been making news for quite some time, In fact, the relationship between the co-stars of Stranger Things made headlines from the very beginning. However, in recent times, a rumour about their break-up is making rounds on the internet. This rumour might have been disposed of like many others. However, the event which has sparked this rumour appears too strong to ignore.

The rumour about the supposed break-up between Natalia Dyer and Charlie Heaton started off recently. Charlie was recently spotted with another blonde woman. In fact, the woman had her arms wrapped around his neck. The two were spotted together during the All Points East Music Festival. Therefore, such intimate spotting is sure to spark rumours. If you wish to know all about the rumoured breakup, then this article is the perfect stop for you.

Read this article to know more about the supposed split between Natalia Dyer and Charlie Heaton.

Is The Break-Up Real?

We already know that at the All Points East Music Festival in Victoria Park, London, Charlie was spotted with another blonde woman. In fact, the woman had her arms wrapped around his neck. This very spotting sparked off the rumour about the split between Natalia Dyer and Charlie Heaton. However, Nataliya was not seen at the music festival. However, in this matter, neither Charlie nor Nataliya has spoken up publicly.

Furthermore, their fans have taken to the internet to root out this rumour. One fan even pointed out that the blonde girl is a close friend of Charlie. In another instance, a fan stated that the blonde girl got married recently. In fact, both Nataliya and Charlie were present at her wedding. Therefore, their fans have strongly suggested that the news of the breakup is not real and have also urged people, not to believe such rumours.

What is The Real Issue?

Though Natalia Dyer and Charlie Heaton have not commented on the rumours, their fans are not silent. Rather, they are doing their research to locate the identity of the blonde girl. In fact, one Twitter user named “steve harrington’s b*stard nugget” claims that he has unearthed the identity of the blonde girl in question. According to the user, the girl’s name is Lauren Cherice. She is a surface designer from East Yorkshire. Moreover, she is a married lady.

The user also stated that in the picture of her wedding, Charlie can easily be spotted and they are really close friends. Soon after this, a video of a wedding of Lauren became trendy on the internet. This, therefore, completely debunks the rumour about the split between the Stranger Things co-stars.

There is no official update about the split between Natalia Dyer and Charlie Heaton. Moreover, their fans have also proved that the woman is question is a good friend of Charlie. Therefore, all these points to the fact that it is just a rumour. However, till any official declaration comes out, any conclusion might seem inappropriate.