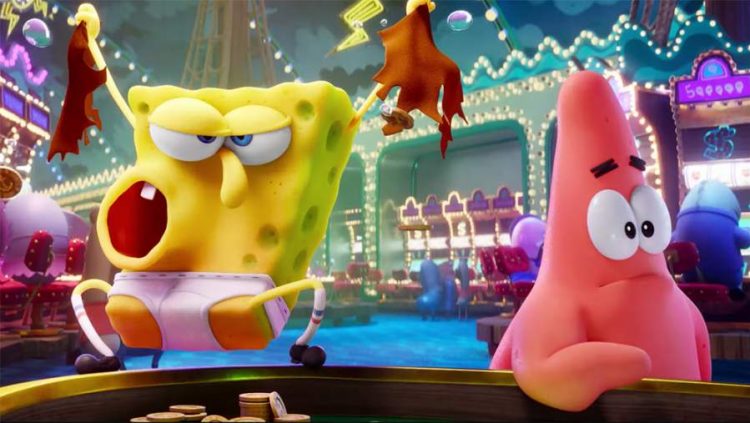 The SpongeBob Movie: Sponge on the Run is an upcoming 2020 film that is set to release on Netflix. The director of the film is Tim Hill. It is the first film in the SpongeBob franchise to be completely made in stylized CGI animation. The first two films were a great hit so we expect the new film to also get the same success.

Know more about the interesting SpongeBob Movie: Sponge on the Run’ here.

Netflix has got the rights from Paramount and Nickelodeon to release the film in the international market. It may release in early 2021 on Netflix. The film was planned to have a theatrical release however because of the coronavirus pandemic it will have a digital release. So stay tuned for the movie as it will be available on Netflix soon.

The plotline of ‘SpongeBob Movie: Sponge on the Run’

The characters SpongeBob and his best friend Patrick go on a journey to rescue the pet snail of SpongeBob called Gary who gets “snailnapped” by King Poseidon. He is on his way to travel to Atlantic City. The film is also set to reveal how SpongeBob and Gary met when they were young. So this interesting reveal will surely be good.

He is the main character of the film who is a sea sponge. He works as a Fry Cook in a fast-food restaurant called Krusty Krab. Many people find the character of Sponge Bob adorable because of his optimism and childlike nature. He is one of the best cartoon characters of all time loved by children as well as adults. He lives in an underwater city called Bikini Bottom. He has many friends in the city where he spends his life but his best friend is Patrick.

He is like a pet cat to SpongeBob who lives in a pineapple home. He is like a voice of reason who helps SpongeBob to solve his problems.

He is an overweight and dim-witted starfish who is the best friend of SpongeBob and also his neighbour. Because of his lack of common sense, he gets in trouble however it is hilarious to watch. Sometimes he surprises the audience with acts of wisdom however again reverts back to his character.

He is an octopus who lives on a moai near the house of SpongeBob and Patrick. His character is bitter and arrogant. He is frequently annoyed with his neighbours however SpongeBob and Patrick are oblivious to his irritation. He yearns to be a famous musician or painter. He also hates his lowly job as a cashier at Krusty Krab.

He is the owner of the restaurant Krusty Krab. He likes getting money but is stringent. He advises SpongeBob when he gets in trouble.

The SpongeBob Movie: Sponge on the Run Trailer

SpongeBob Movie: Sponge on the Run will be a great film because we will get to see SpongeBob and Patrick on a new mission. Stay tuned or the film.