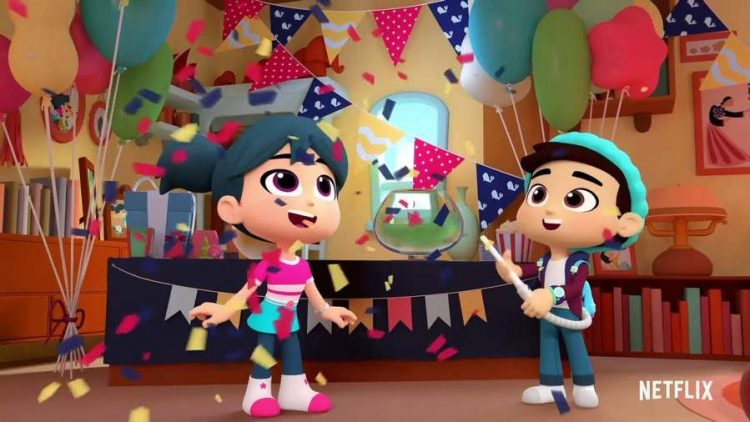 Starbeam is a popular children’s animated series made by Loris Lunsford and Jason Netter for Netflix. The season one of the series released on April 4, 2020, and now the date for season 2 is also released. The series centers on female characters for empowering women. There are also other appealing matters in the series that had made it famous. So if you want to know more details about the second season, continue reading.

When is the release dates set?

The date of release set for Starbeam season 2 is on September 8, 2020. The first season had eight episodes and we expect the second season to have the same episode count. Netflix is adding a lot of children’s series in its list and Starbeam is one of its best shows. So stay tuned for the series this month to watch it along with your kids.

The plotline of Starbeam

The series is about Zoey an eight-year-old superhero. She gets the name Starbeam and fights the villains to save the world. She also helps her friends to get out of trouble. Zoey belongs to second grade. When she senses that dangers are approaching she says the line “It’s time to shine”! Then she transforms into her hero avatar Starbeam. She has the power of speed, levitation, and creates bubbles.

The atmosphere of the series is cheerful and funny. It is a wholesome show for the children. It has good ratings in IMD. Therefore, many are happy after hearing the renewal of the series for season 2. It is a colourful and eye-catching series and it contains villains that are not very scary. The show ends with a moral which the children can learn to follow in life. So overall it is a fantastic series.

She is an eight-year-old girl studying in second grade. She transforms into a superhero called StarBeam to defeat villains in her town. Zoey is a hero of great strength and stamina even though she is a young girl.

He is the best friend of Zoey who also is a superhero. His superhero name is Boost. He helps Starbeam in various missions. He is a talented kid at inventing new gadgets and uses speeding shoes to move fast.

He is the maternal grandfather of Zoey. Gramps is a great help for Zoey. He works in a secret place to help in superhero work. He does not have powers like his daughter and grandkid.

Kipper is a seagull who helps Zoey on her missions. She is a cute bird and a great companion for Zoey.

She is the mother of Zoey who is a superhero called Wonderbeam.

He is the evil captain of the ship Delores. He likes to steal shiny things and is one of the villains in the series who fights against Starbeam.

She is a glum and sad girl who changes the weather to make everyone unhappy. She likes to ruin everything that’s fun. Marla is one of the villains in the series.

Starbeam is an exciting and fun-filled series for children. Stay tuned for the second season.