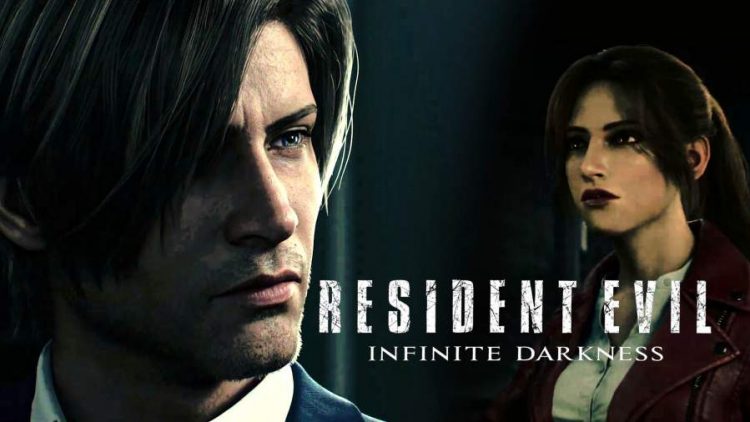 Resident Evil: Infinite Darkness is an upcoming CG anime series produced by TMS Entertainment. The series will focus on the Resident Evil universe and its main characters. The release date of the series is also out now and the fans are eagerly waiting to view the survival horror tale. A teaser trailer of the series released that revealed some details. The executive producer of the series is Hiroyuki Kobayashi and the animation done by Quebico. Know all the details of the series here.

The teaser trailer for Resident Evil: Infinite Darkness was mistakenly released on Twitter but later deleted. Then Capcom and Netflix game confirmation about the existence of the series and released another trailer. The series is set to release in Netflix on 2021. But we do not have any clear details on the precise date.

The plotline of the Resident Evil: Infinite Darkness’

The series is going to focus more on the main leads in the Resident Evil video game Claire Redfield and Leon S. Kennedy. But there is no information about the other characters. We may see how the characters find it difficult to escape the zombie-infected humans and also the evil Umbrella Corporation. They are two very popular characters in Capcom’s video games.

The short information in the characters

She is a fictional character in the Resident Evil series. She is the younger sister of another popular character named Chris Redfield who is a police officer in Racoon City. Claire is a zombie outbreak survivor of the city who works hard to save herself and her friends. The character featured as the protagonist of the video games Resident Evil 2 and Resident Evil – Code: Veronica.

Then she becomes an activist who gets abducted in Resident Evil: Revelations 2. Moreover, the character also appeared in the Resident Evil films with Alice the protagonist. She is a skilled fighter and knows how to handle arms.

He is also one of the major characters in Resident Evil video games. The character debuted in Resident Evil 2 along with Claire Redfield and his character is also well-liked by the critics. At first, he gets introduced as a rookie office in Racoon city and gets stuck in a zombie outbreak. Then he becomes an agent for U.S. federal government to rescue the daughter of the president. He is a blunt and rough guy. Leon knows how to kill zombies expertly and the Government uses him for top missions.

What can we expect from the film?

The news about the Infinite Darkness announced on virtual 2020 Tokyo Game Show. It will be a CGI series. Therefore we can expect a lot of amazing action scenes and also more zombies. The trailer released by Netflix revealed smooth CGI characters. It looked good so we hope the series will also be fantastic.

Resident Evil: Infinite Darkness is certainly exciting news for the Resident Evil fans. We will be able to see our favourite characters on the screen fighting zombies. So get ready.