‘Pretty Little Liars’ Reboot in The Works from ‘Riverdale’ Creator 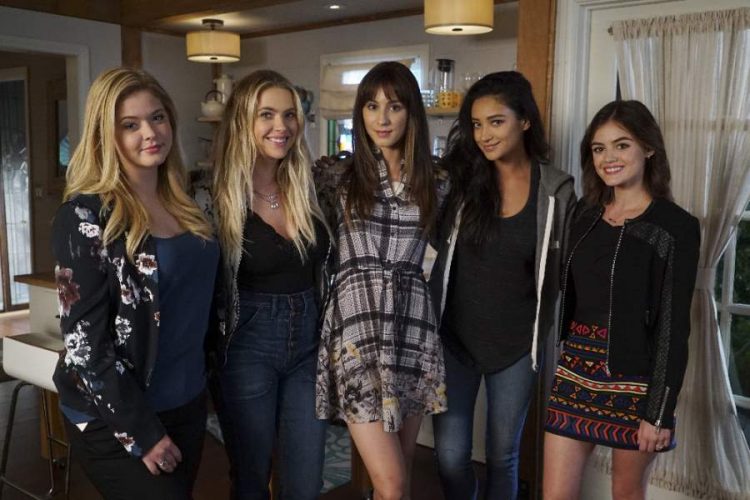 The teen mystery Pretty Little Liars is going to get a reboot. The creator of Riverdale is going to be part of the reboot. It is none other than Roberto Aguirre-Sacasa the writer who served as the showrunner for Riverdale. He is now writing the script for the reboot and the new version will have a new story and new characters. The project is still in the working stage so we do not which streaming service will take it. But the HBO Max is going to serve as the destination for the reboot. To know more about it, continue reading.

Pretty Little Liars is a 2010 popular mystery thriller series and the creator of the series was I. Marlene King. The original basis for the series was a novel of the same name written by Sara Shepard. The story is about the lives of four high school girls whose friendship gets ruined because of the sudden disappearance of their leader Alison.

After one year the group receives messages from a person named “A” who threatens to reveal their dark secrets. The series also had two spinoffs titled Ravenswood and Pretty Little Liars: The Perfectionists. But after just one season both of the series got cancelled. The original Pretty Little Liars had seven seasons and the finale episode received a lot of views from the fans.

The series had ensemble cast members such as Troian Bellisario, Ashley Benson, Holly Marie Combs, and Lucy Hale who played the role of four main leads. The actress Sasha Pieterse played the role of Alison DiLaurentis. She is the leader of the clique who goes missing and this leads to many thrilling events in the series.

What can we expect from the new reboot of Pretty Little Liars?

The new reboot series of Pretty Little Liars will follow a different storyline than the original series. There is also going to be new characters. The fans of the show are eager to know more about the reboot but there is not much information revealed to us at the moment.

As the spinoff series got cancelled after one season we expect that the creators will be more careful when making the reboot. It will be far better than the spinoffs. We can expect it to be fresh and interesting. As viewers will definitely compare the reboot with the original version, Roberto Aguirre-Sacasa has heavy responsibility on his shoulders.

But many of the long-time fans of the series are not happy with the reboot. They prefer the original and want to remember the series that way. However, others wish to watch the new creation of the Riverdale showrunner as he has already shown his prowess in the series. He is good at writing mysteries and will make the reboot more engaging and thrilling.

Pretty Little Liars reboot may take some time to release as the productions have only started now. We also do not know if the previous characters will return for the reboot to play supporting roles. Only time can reveal these details.