Netflix To Lock Horns With ESPN for The Formula 1 Deal 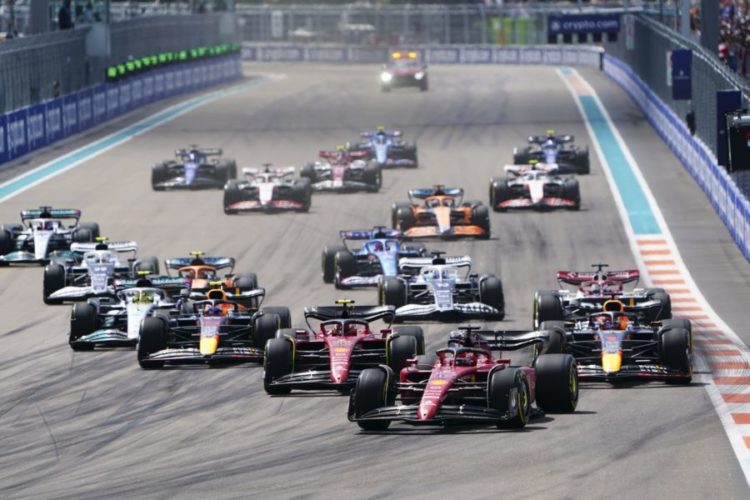 Formula 1 has been an intensely popular racing sport. In fact, it is the highest class of international racing for open-wheel single-seater formula racing cars sanctioned by the FIA. In fact, the fans eagerly wait for every season of Formula 1. The term ‘formula’ refers to a set of rules that all the participating drivers have to follow. Every season of Formula 1 consists of a series of races. This series of races are called Grand Prix

These races take place worldwide, either on closed public roads or in purpose-built circuits. It is also one of the most widely viewed events on television. This year Formula 1 greeted its fans in the U.S. with an update regarding how they’ll be able to watch their favorite event in the upcoming seasons. Read the article to know about the update.

ESPN and The Broadcast Rights

ABC’s Wide World Of Sports broadcasted the Monaco Grand Prix in 1962. Since then, Formula 1 has become synonymous with Disney properties. Then from 1987 to 1997, Disney-owned ESPN acquired the rights. Since then ESPN took the package for a spin.

From 2013 to 2017 NBC paid $4 million a year. But in 2018 NBC backed out. After that Formula 1 literally gave away the broadcasting rights to ESPN, in order to maintain their presence in the U.S. Later, they signed an extension of the same that kept the rights to ESPN till 2022. As per popular estimation, ESPN paid $5 million per year.

In the U.S. Formula, 1 has a small but loyal fan base. Recently Netflix’s  Formula 1: Drive To Survive docuseries have stirred interest among the audience. Apart from that the breathtaking dual between Max Verstappen and Lewis Hamilton in 2021, has increased the audience count significantly. All these have occurred just in time since ESPN’s broadcast rights are about to expire in 2022. It has also placed Formula 1 in a strong position to negotiate a new contract.

Netflix To Join The Formula 1 Bid

Till now, Netflix had kept itself out of bidding for any live sports contract. But recent reports suggest that Netflix is actively pursuing the contract for F1 broadcast rights. If this report turns out to be true then Netflix will lock horns with Disney and Comcast’s NBCUniversal.

As per Business Insider, ESPN has already submitted an opening bid of around $70 million. But this figure falls short of $100 million, as projected by F1. In fact, with three bidders, this price tag is going to climb considerably.t

Moreover, this fight between ESPN and Netflix seems to be good news for the fans of racing. The best part of ESPN’s coverage is that it broadcasts F1 without any commercial breaks. According to sources, this time also ESPN will keep the broadcast commercial-free if it acquires the broadcast rights.

On the other hand, Netflix is also known for its commercial-free streaming. They generate revenue by billing their subscribers monthly. However, Netflix is preparing to introduce a cheaper subscription for willing subscribers. Using this alternative, the subscribers will be able to watch content on Netflix with commercials. But this will not affect the race fans.

The recent economic graph for Netflix is showing a downwards trend. The last quarterly report showed that Netflix lost 200000 subscribers from around the world. The trading of its shares also dipped by 72% from its 52-week high and stood at $198.98 on Friday.

What Netflix needs to do in order to raise its stocks is to include sports packages in its service. Thus, with this view, the Netflix authority is weighing up options like the F1 and other sports. Other OTT competitors like Amazon Prime is showing NFL’s Thursday Night Football schedule. Therefore Netflix might be looking to spend a large sum on the F1 deal. Let’s wait and see what comes out of all speculations.

Also Read: What is Liangelo Ball’s Status After Thomas’ Contract with Charlotte Hornets?