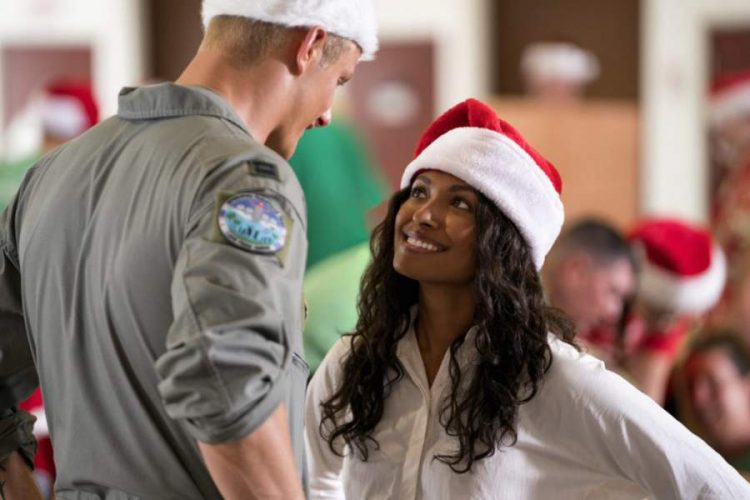 Operation Christmas Drop is a new Netflix film set to release soon. It is about a girl who falls in love with an Air force pilot who takes part in the Christmas tradition. Netflix released the trailer of the film and it has warmed the hearts of many viewers. The film will surely make everybody feel good and they will love the blossoming of romance between the characters. The release date of the film is also out. Know all the details of this fantastic film here.

This new holiday and festive film of Netflix will release on November 5. This film is a great way to start the festival holidays. The trailer revealed the film to be light-hearted and fun. There is also a lot of romance happening between two very different individuals. So enjoy your Christmas holidays by watching the film.

A woman working as a congressional aide is gathering evidence to shut down a US Air force base. But the Air force pilot takes the woman on an adventure that changes her perspective. She joins him in the tradition of Operation Christmas Drop and they two falls in love with each other in the process. After meeting the natives of the location she understands the importance of family and love in her life.

Will they sort out their differences and become a couple? We have to see the film to know about it. However, we know that we can experience a lot of feel-good moments in the film as the trailer conveyed all the good feelings the film will offer.

What is Operation Christmas Drop?

It is a tradition followed by U.S. Air Force and it began in 1952. It is a training mission given to the officers where they distribute gifts in Micronesia. Young men and women Air force officers take part in this tradition.

Alexander Ludwig is going to portray the role of the generous and good-hearted air force pilot in the film. He is a popular Canadian actor who is famous for his role in Race to Witch Mountain, The Hunger Games, Bad Boys for Life and the TV series Vikings. His birthplace is Vancouver, British Columbia and he is now twenty-eight years old. The actor is interested in skydiving and he is a skilled freestyle skier. That is why he is a suitable actor for the film.

Kat Graham will play as the female lead in the film who is working as a congressional aide. She is a Swiss-born actress and singer. Her age is thirty-one. She has acted in many well-known films like The Parent Trap, The Roommate, Addicted, All Eyez on Me. She is best known for her role in Vampire Diaries as Bonnie Bennett. She is a talented actress who is going to play as a professional woman in the film.

The new festive love story Operation Christmas Drop is going to hit Netflix screens soon. So get ready for romance and excitement.

Also read: Christmas Dress Ideas That You Can Opt to Have