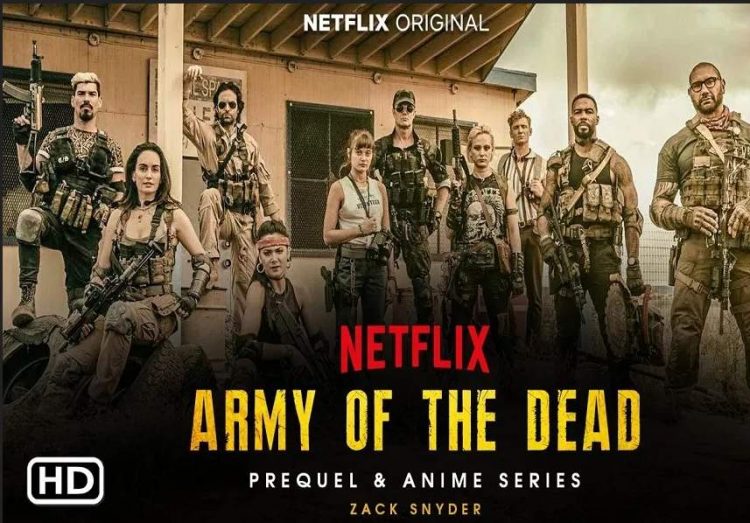 We are all waiting for a great zombie heist movie. The title of the film is Army of the Dead by Zack Snyder which is going to release on Netflix soon. The movie made with a budget of $70–90 million. The surprising thing about the film is that it is going to get a prequel anime series that will narrate the incidents that led to the events in the film. The actors in the film will voice the characters in the anime. Everything is power-packed and exciting about the film.

Know all the details about this here.

Army of the Dead will march on 2021 in Netflix. So get ready to watch the zombie heist film that will include lots of zombies trying to kill the few survivors in Las Vegas. So stay tuned for the film.

What is the plotline of the Army of the Dead and its prequel?

The group of mercenaries go on a heist in Las Vegas amidst a zombie infected area. They all are in a do or die situation and must perform the heist without any loss of life. The team are stealing the money, not for themselves but for the owner of the casino. The film will have a lot of action and horror.

The prequel anime series will get released with the title Army of the Dead: Lost Vegas. It will showcase the life of the few characters in the original film when they try to survive the starting stages of the zombie apocalypse. The leader of the team Scott will try to save the people he loves from the ravenous zombies.

Joining the cast will be few more actors who are Raúl Castillo as Mikey Guzman, Tig Notaro as Martin, Omari Hardwick as Vanderohe, Nora Arnezeder as Lily (The Coyote), Samantha Win as Chambers, Theo Rossi as Burt Cummings, and Richard Cetrone as Zeus.

The production and filming

The announcement about the film made in 2008. But it was in the development hell for many years. Then Netflix got the rights from the Warner. Bros and Zack Snyder returned to direct. He is also serving as the screenwriter for the film and series along with Shay Hatten. The shooting of the film began on July 15, 2019, in Los Angeles, California and in the location of Albuquerque, New Mexico. Some of the filmings also took place in Atlantic Club Casino Hotel.

Netflix’s Army of the Dead and its prequel anime series will become a great hit in the streaming service. Do not miss to watch it.

Tags: Army of The DeadNetflix
ADVERTISEMENT