Netflix’s ‘Bridgerton’ Sensation Nicola Coughlan Could Have Been on ‘Stranger Things’? 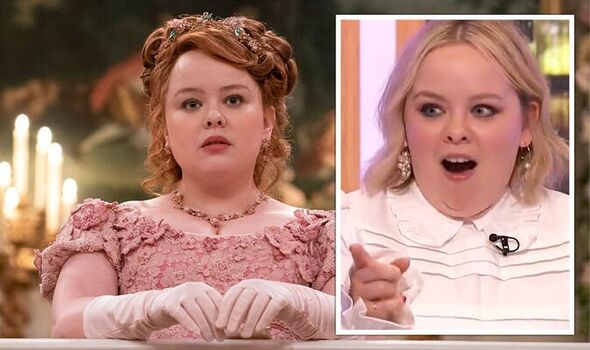 Most of you are familiar with Penelope Featherington, the smart, funny, loving yet mysterious debutante in Bridgerton, a Netflix hit. No one would have pulled off that role better than Nicola Coughlan. And to think she could have starred in yet another Netflix smash, Stranger Things? Coughlan fans assemble, for you are about to hear some fascinating details about her life, works, and upcoming projects.

Not to forget what important insight she has to offer regarding ‘Stranger Things’; keep following us.

Who is Nicola Coughlan?

Nicola Mary Coughlan was born on January 9, 1987. Although born in Galway, Ireland, she had a bright childhood in Oranmore. Since the tender age of 5, she has developed a knack for acting. After graduating from the National University of Ireland, Nicola Coughlan went to Oxford School of Drama and later Birmingham school of acting. And that marked the beginning of the journey toward her passion.

Peek into her career

Coughlan had begun her acting career with The Phantom Cnut, a revenge comedy by Tom Collins. Although her first role was in the thriller My Brother’s war,  back in 2004, her acting there went unnoticed. In addition, she had done some voiceovers in a few series.  She had to fly home to Ireland immediately after due to some health issues and worked there at Galway as an optician.

In  2016 she auditioned for Jess and Joe forever and was cast as Jess, the lead. Her big-time break was playing Clare Devlin in Derry Girls, a sitcom aging back to the 1990s Northern Ireland. After its release on Netflix, it gained popularity, and Nicola Coughlan received her recognition.

Starring as Hannah Dalton in Harlots (2018), a period drama Tv series, we see her next in  The Prime of Miss Jean Brodie. After which we delight in The Great British Bake-off. Since then, it has been a smooth ride for the actress.

Immediately after, we see her in Bridgerton turning heads with her phenomenal acting skills as Penelope. And also in the concealed identity of Lady Whistledown. Oops, spoilers down the way!

Recently in 2020, Nicola Coughlan along with her co-stars from Derry Girls organized a special fundraising event. She then donated all the proceeds for the Covid 19 relief.  Previously, in 2019 we have witnessed her march down the Westminster bridge along with 28 other women carrying suitcases. The purpose was to demand the decriminalization of abortion in Northern Ireland.

Back in 2018, she had voiced her strong resentment towards fat-shaming and attacks on appearance. She had, in fact, lent her hand to a piece in The Guardian shaming the brutal criticism of women’s bodies in their profession. Impressive for a newcomer, right? We are glad to see another public figure take a stand on behalf of millions of women worldwide.

Ready to read about some impressive honors received by her? Here’s the list:

Coughlan to have starred in Stranger Things and not Bridgerton

Mixed emotions? Well, it is a little difficult to decide. To imagine Nicola Coughlan starring in Stranger Things instead of Bridgerton isn’t very easy. On one hand, we have the luxurious setting of dated London with magnificent ballrooms and fluffy gowns. And on the other hand, the spine-chilling horror of Stranger Things season 3.

In an interview, she has recently confirmed with Buzzfeed that she had auditioned for Robin in season 3 of Stranger Things. But for some reason, she couldn’t make it and had to face rejection. Instead, the role was taken over by Maya Hawke. You all remember Robin, right? The girl was seen breaking Russian codes while face to face with Mind Flayers. Also, the simple girl who worked in the ice cream shop of the mall with Joe Keery’s Steve.

” I auditioned to play Robin, Maya Hawke got it. She was far better than I ever would have been.” Her modesty and grace touched our hearts as she goes on to add, ” It’s a good thing to actors: because you’ll totally understand how it’s not personal. You’re just right for some things, and you’re not right for other things.”

It’s all true what she said, but it definitely got our minds racing. How would she do creating a wreck alongside Steve Harrington whilst working at Starcourt Mall’s Scoops Ahoy? Well, we never know.

Let’s look at the bright side

We are tempted to know the unknown but let’s think about the positive side. Nichola Coughlan would have been extremely busy had she received another striking role. So her contribution may have been much less in Bridgerton. We all know that managing two things at once gets hectic and exhausting.

Coughlan informed the press that she already had to delay the shooting of Derry Girls as Bridgerton had non-negotiable contracts. Therefore, we see a lot less of Clare than we would have. ” Compromises had to be made. And you know, they had to cut down my role somewhat, which was hard.”

“It was devastating to me because I wanted to be in all of this,” she stated with a heavy heart.

We all love Coughlan’s striking personality and her jaw-dropping acting skills. Even though this news leaves a slightly bitter tang on our tongues. We understand the issues she would have faced managing three projects at once and the consequences it would lead to.

Also Read: Top 5 Plus Size Television Actresses Who Proved That They Are So Talented