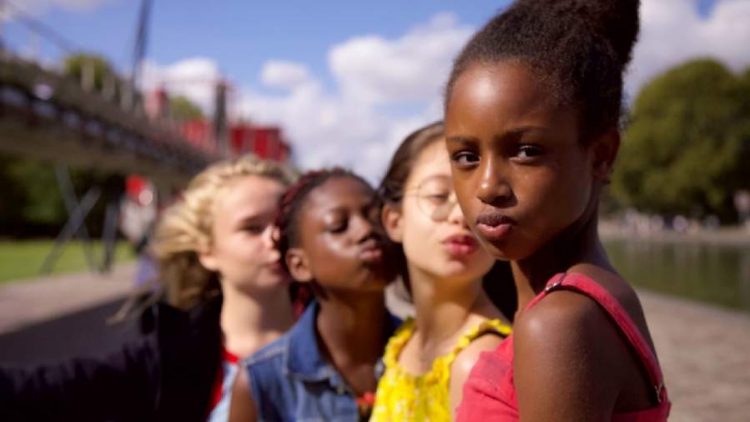 Netflix film ‘Cuties’ is a highly expected film on Netflix going to release soon. It is a French coming of age film about four girls. It is the director Maïmouna Doucouré’s debut film. This film got banned in Turkey by the media RTÜK because of several topics dealt in the film. The film had its premiere in the 2020 Sundance Film Festival. The director received the Directing Award for the film. It is now set to release on Netflix. When the streaming service released the poster of the film it led to a lot of controversies.  Know more about the film here.

The release date for Cuties

The release date set for the film is 9 September 2020. Because of the popularity and great story of the film Netflix purchased the rights to release it in its platform. However, there was controversy because of the poster. Many claimed that the poster sexualized eleven-year-old girls. The original poster showed the girls laughing with shopping bags however Netflix released a poster where the girls are wearing tight clothes.

So it was different than the poster originally released at the France festival.  Many people petitioned to remove the poster. The followers of the QAnon conspiracy theory did not like the film and asked Netflix to remove the film altogether. However many actors supported the film calling it beautiful. In response to the controversy, Netflix updated the poster stating that it was not a clear description of the film.

The director of the film Maïmouna Doucouré received a lot of death threats because of the film. But she was not aware of the release of the controversial poster at that time. But later the Co-CEO of Netflix called her and apologized to her regarding the matter.

The plotline of Cuties

The story is about Amy an eleven-year-old girl who is an immigrant coming from Senegal. She resides with her mother named Miriam in one of the poorer parts of Paris. She has two younger brothers. The family is waiting for the father to arrive from Senegal. Then Amy gets fascinated by her neighbour Angelica’s clique named Cuties.

They are the dance troupe who enjoy life and do things as they wish. It is totally different than the strict and traditional values followed by Amy and her family.

She is a Senegal Muslim girl living in the poor neighbourhood of Paris. She desires to join the Cuties clique getting fascinated by their way of life.

She is the disobedient neighbour of Amy. She is part of the dancing clique called Cuties that Amy wishes to join.

She is the mother of Amy who tries hard to look after the family without her husband. She is a traditional woman who tries to instill the same beliefs in her daughter.

She is part of the Cuties clique.

The film is actually considered a critique of the hyper-sexualization of underage girls. The girls are Cuties because they are in the stage of life where they leave behind their childhood and are on a journey to become a woman. Stay tuned for the film’s release.