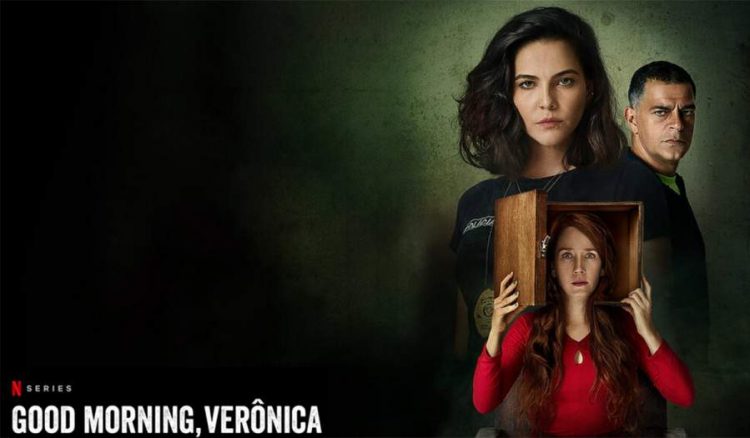 Good Morning, Veronica is a soon-to-be-released Brazilian web TV series adapted from a novel. The creator of the series is Raphael Montes who made it for Netflix. He is also the author who wrote the novel along with Ilana Casoy. Now the series got confirmed by Netflix so we can surely expect its release. The surprising news is that the release date is also out. Know all the interesting details about the TV series here.

The series will release on Netflix on October 1, 2020. It is one of the most-expected series on Netflix because of the mystery and thrill in it. Many are waiting to watch the series as the novel is famous. The cast of the show looks promising and the creator has added all the elements in it to make it suitable and interesting on-screen. So stay tuned for its release because only one month is there for the release.

A trailer of the film is also available to raise the momentum. Watch it now.

The plotline of Good Morning, Veronica

The story is about Veronica Torres a police secretary. She is part of the homicide division in the department of São Paulo. Moreover, she is a married woman with two children and manages everything well. However, her life becomes filled with tension when she witnesses the suicide of a young woman. Then at the same week, she hears a plea of help from another woman who wants her help urgently.

The trailer revealed that there is only less time left for Veronica to solve the case. She tries to save two victims. One is a woman who gets targeted by an internet scammer. The other woman is the spouse of a dangerous serious killer Brandao. He appears to live a normal and peaceful life however he hides the evil deeds from the world. He is the mastermind who deviously schemes to trap his victims and puts them in the cage.

We can expect a lot of thrilling events in the series as Veronica has to race against time to save the victims. Veronica will courageously face opponents to fight injustice against the woman.  She will also deal with villains who are good at their jobs. Can she win and save the people who depend on her? We have to look at the series to know the answer.

All the cast members of the series got confirmed by Netflix. The Brazilian actress Tainá Müller will portray the bold and determined Verônica Torres. Then Elisa Volpatto will play as Anita and Camila Morgado will play as Janete. Some cast members will play recurring roles and they are Antônio Grassi, César Mello, and DJ Amorim.

Netflix’s Good Morning America will certainly become popular in the streaming service. The thrilling plot will capture everybody’s minds as everyone likes a good mystery series. There are also serial killers involved in the series to give us the creeps.  So do not miss it.