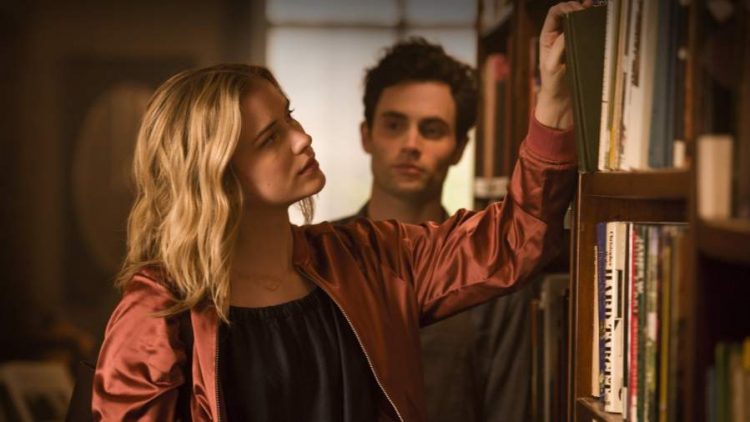 YOU is a well-known psychological thriller on Netflix created by Greg Berlanti and Sera Gamble. The season 1 and 2 of the series was a huge success because of the thrilling plot. The series is now going to get reprised for season 3 on Netflix. Many are waiting to know what happens to the serial killer in the series who forms toxic and obsessional relationships with the beautiful woman he meets. Get to know the release date of YOU season 3 and other important details here.

The creators have shared that season 3 of the series will release sometime in 2021.  The filming will begin in February 2021. The basis of the YOU is a novel series written by Caroline Kepnes. The third part of the novel is releasing on April 6, 2021, titled ‘You Love Me’. So stay tuned for all the releases.

The series is about a man named Joe Goldberg. He is working as a book store manager in New York. In the first season, he meets Guinevere Beck who aspires to be a writer. He falls in love with her and tracks all her moments to form an attachment. He uses social media and other technology to know where she is and then gets rid of the obstacles in their love. He becomes a toxic and obsessive man.

The season 2 dealt with Joe who moves to Los Angeles from New York to escape from his past actions. He begins his life with a new identity after murdering Beck. Then he meets a girl named Love Quinn who is an heiress and a talented chef. He gets infatuated with her and again follows the same old pattern of tracking and following.  But it leads to a lot of terrible situations.

He is a man who stalks the girls he likes and develops an obsession over them. He is a serial killer.

She is a talented chef and health guru living in Los Angeles.

He is a therapist whom Beck visits. He is aware of the existence of Joe.

What can we expect from season 3?

Season 2 ended with two characters Joe and Love starting a new life. She is also similar to him as she kills Candace to have Joe for herself. Then she finally secures him by getting pregnant. It looks as if they will start a creepy family life but Joe has not changed for good.

He really does not wish to live with Love and begin a new life in the suburbs. The season 2 ended with him having a peek at his neighbour. So she may be his next prey.

However, the creators have shared that the life of Joe will be hard because there is Love with him who is equally obsessive and murderous like him. Therefore, season 3 is going to be more thrilling than the previous seasons.

YOU is a series that takes us into the minds of a man who gets obsessed with the women he meets and then kills them if they pose any problems to the relationship. He is the villain of the series who appears as a hero to the women in it. Get ready to watch season 3.