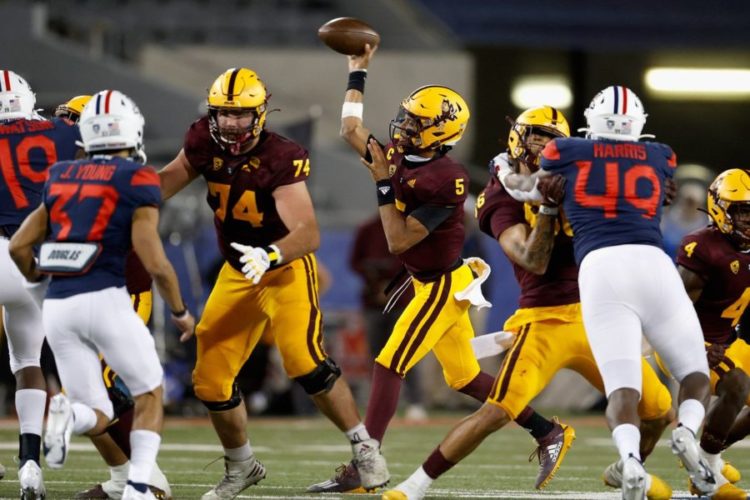 Now the attention of the sports fans is on the 2022 NFL Drafts. Who will be picked up by which team? This is the question in many people’s minds. Here you can have the NFL Mock Draft. It will give you some idea of the teams and players. You can know what positions the teams in the NFL will be looking at with the NFL 2022 Mock draft. But the Mock NFL draft can be subject to change. We cannot put our trust in all the facts. This is just for the NFL fans to know the top 15 picks of the season. Have a look at the list of teams here.

The Jaguars have spent their time investing in pass rushers in the first-round selections of the last four years. But after entering the fifth week no other team has less number of sacks than the Jaguars. The QB was put under pressure and he is down. This has led to some issues. If the team continues on this path in the first overall selection then we can expect another pass rusher to get drafted. If this happens then we can expect Oregon DE Kayvon Thibodeaux. This player has a good pass-rushing ability.

The Lions have lots of requirements in their team. So they do not have any choice but trade down if no run selection takes place. But we can presume who will be selected by the team in this situation. The best solution for them is in LSU CB Derek Stingley Jr. According to many NFL Mock Draft expectations he is considered the best for the team.

The Jets need an offensive line and defense. Most importantly they require an entire defense. If Stingley and Thibodaux are chosen by the team then it is good for them. But if it does not happen then Drake Jackson is a solid choice for the defense.

The Eagles require a lot of help on the defense. But they have the benefit of two early first-round picks they will be covering all the requirements for the team. The left side of the offensive position is full of uncertainty. But there is Evan Neal who has lots of potential to start week 1 and fill the position.

The 2022 NFL Draft’s QB1 is the talk of the town. Sam Howell is a player that many people think will succeed. Falcons need to fill their defense but they can also secure their future with QB.

The biggest need for the Colts according to the NFL 2022 Mock Draft is the future left tackle. One of the top candidates for the team is Sean Rhyan. He is physically ready for NFL. But any disadvantage in his game as a new player can be taken care of if he plays with a good player.

There is so much going on with the Texans. What happens with Deshaun Watson will shape the draft status. But the team needs a long-term solution for their QB. Malik Willis has the raw talent which the team can use.

The Patriots prefer their hybrid-type players. So the best player for their team will be Kyle Hamilton. The team could use the player in many spots such as defense and offensive tackle.

The defense of the Eagles is completely taken over by the Chiefs and Cowboys. So they need a good CB. The perfect player to fit the role is Kaiir Elam.

The Giants have to think about their pass rush in the 2022 season. So the ideal player in the NFL Mock Draft is George Karlaftis. He can boost the unit.

The Vikings have lots of requirements. It seems that they do not know which direction to go. But the main focus is defense and Patrick Peterson can fill that role according to Mock NFL draft. Another one is Andrew Booth Jr. who can take the position of CB for the team. He could be in the top 10 selection.

The player that can become part of the team this season is Carson Strong. The Steelers have to find a good replacement for Ben Roethlisberger so Strong can take that position.

The Dolphins need a standpoint and the player who can fit that role is Nicholas Petit-Frere. They already took a chance with the raw talent Austin Jackson. So Petit-Frere can work well for the team.

In the 2022 Mock draft, the Jets require an offensive line. Their right side does not have a solid foundation like the left. So the player who can fill that position is Kenyon Green. He can be a good right guard.

The Saints may be without Michael Thomas in 2022. They will address this position early in the draft. Chris Olave is the likely candidate in the NFL 2022 Mock draft.

These are the top 15 picks of the NFL Mock Draft 2022. We do not know if this will happen for certain but still it is no harm to expect. Let’s see which teams will do well this season.

You may also like: Green Bay Packers Have Agreed to Trade Aaron Rodgers After 2021