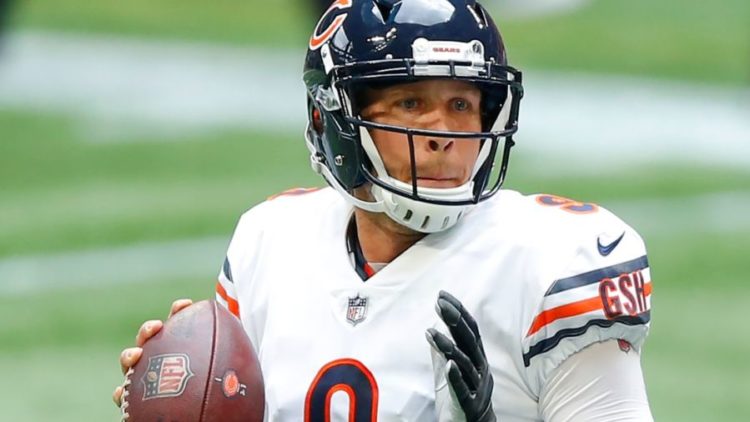 If you are an active user of Twitter and Instagram, you must have read tweets from the quarterback Nick Foles that he is on vacation with his family. However, this has raised the eyebrows of his several fans and the management. In fact, in the NFL owners’ meetings in March, Bears general manager Ryan Poles confirmed that the team was hoping to trade in the veteran signal-caller. As of now, they have not made any comments; we are yet to see their plan of action in the current situation.

So would you like to know more about it? Stay with us until the end, as we will share all the details regarding this post of Nick Foles. Let’s share with you some of the interesting info!

Who is Nick Foles?

Even though he does not need a separate introduction, we will still share some of the significant details. Yes, you guessed it right, Nicholas Edward Foles is an American football quarterback for the Chicago Bears of the National Football League.

His football career began from the time he was in college. In fact, he joined the college football team at Arizona, and the Philadephia Eagles selected him in the first round of the 2012 NFL Draft. However, he had actually begun his career as a backup, and he was named the team’s starter midway through his rookie season. At the same time, he also maintained his starting position through 2013.

Moreover, he also set the NFL season record for the best TD-INT and posted a perfect passer rating in a game. At the same time, his successful performances led to the Eagles’ victory in an NFC East division title.

Many of our readers who have not seen the post might wonder what the matter is all about? On the final day of the Chicago Bears’ three-day volunteer mini-camp, quarterback Nick Foles announced on Twitter and Instagram that he was on vacation with his family. It is after this that all the controversies have started.

In addition, at the NFL owners’ meetings in March, Bears general manager Ryan Poles confirmed that the team was hoping to trade the veteran signal-caller. “We’ll see. Nothing has come up at the moment,” Poles said of the Foles trade. However, they were working on it, so they will manage things.

So you might think that for what reason that people criticized Foles? Even though it might be uncommon for NFL veterans to skip voluntary spring training sessions, it was the timing of Foles’ post that raised eyebrows.

Probably he did not think of it much and uploaded the post. Foles has tweeted fewer than ten times in the last year. So his fans thought he could also have cast a bit of shade on the team. In fact, they also publicly admitted that they hope to trade him. This aspect was certainly the impression left by many fans and analysts. So you can well understand the reason why his post stirred his fans on social media.

Foles had uploaded the post about his vacation on Twitter soon after Bears head coach Matt Eberflus began speaking to the media. This happened during the team’s third and final day of minicamp on April 21. So it was at this time, that Foles took to Instagram and Twitter to share photos from his family vacation.

He had shared the post with a caption, “Nothing beats a family vacation.” In fact, he also shared several pictures of himself with his wife Tori and their two children. They were all posing in Santa Barbara, California. We hope he has a good time with his family. However, next time he needs to keep in mind the timing before uploading.

So as we conclude, we can say that even though Nick Foles is one of the greatest NFL players. However, he is making the headlines due to some other reason. His untimely post on Twitter about vacationing with his family has created controversies. His fans probably think that how can Foles just not think of his team and go on vacation. This is what has given rise to all issues.