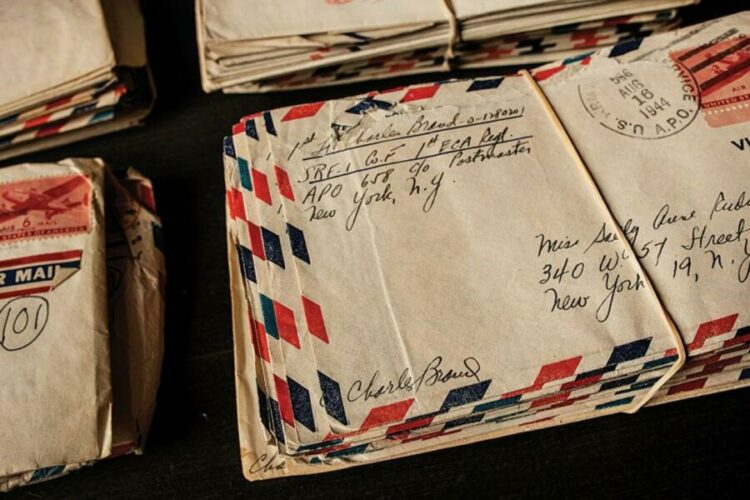 From humankind’s earliest recorded history, some of the most evocative, compelling prose to have graced civilization has come to us in the form of letters. Correspondence encompasses both emotion and information. A letter can inspire happiness or despair, profound sentiment or undistilled merriment. A letter can incite a curious mind or help forge a lifelong friendship. Letters can foment rebellion or urge caution. They can chronicle calamity or offer hope.

Letters create a living history that we can still touch and continue to divine meaning from, even centuries after the ink has dried on the page. Of Lost Time, a literary organisation that publishes letters of note, provides a wellspring of essential letters, both famous and historical, that ultimately, shed insight on both the personalities of their authors and the unique temporal microcosm in which each was written.

Spanning a wide swath of eras and a broad sweep of cultures, Of Lost Time preserves and curates a growing portfolio of thought-provoking themed letter anthologies that feature seminal missives penned by artists, writers, sports personalities, scientists, and influential leaders gathered from society’s most esteemed elite to its most tragic lost souls that capture and bring clarity to pivotal moments in time.

Serving as the non-profit literary arm of the Future Science Group, Of Lost Time was founded by entrepreneur and philanthropist James Drake to conserve, compile, and disseminate an indispensable catalogue of historical letters via books, videos, and vividly realised blog posts.

By collecting and offering these written conversations for public view, Of Lost Time’s mission is to create a legacy for both today’s readers and future generations that will ensure the deeds, dreams, and aspirations of the notable authors who created the invaluable and compelling correspondence will never be forgotten.

Perhaps no other writer is as firmly ensconced in the ways in which memory is inexorably intertwined with literature as the French author Marcel Proust. In addition to his novels, Valentin Louis Georges Eugène Marcel Proust was a critic and essayist.

“In Search of Lost Time” (“À la recherche du temps perdu”), Proust’s landmark contemplative seven-volume masterpiece focusing on the nature of meaning and memory was originally published over a period of years between 1913 and 1927.

Those familiar with the work can likely recite what’s come to be known as “The Proustian Moment” by heart. “… I carried to my lips a spoonful of the tea in which I had let soften a bit of madeleine. But at the very instant when the mouthful of tea mixed with cake crumbs touched my palate, I quivered, attentive to the extraordinary thing that was happening inside me…” (Ironically, per The Harvard Gazette, Proust’s sudden revelation triggered by the introduction of a specific sensory stimulus was more likely a function of his limbic system’s reaction to an aroma, rather than his taste buds.)

While madeleines have become the shorthand with which he’s most easily identified, for Proust, the river Loir serves as the defining metaphor that transports him on his journey from youth to adulthood. The arc of his artistic maturity can be traced from “The Source of the Loir in Illiers,” a precursive sketch that sets the stage to the descriptive rendering of the river promenade on the fictionalised Vivonne Proust would famously later pen in “Swann’s Way.”

Available for perusal at Of Lost Time, Proust’s missive is described as “a remarkable document of Proust’s experimentation and progression as a writer, revealing fascinating similarities and differences in the evolution of the novel” that opens a window on the period in his life in which Proust was developing the familiar “autobiographical, introspective tone” for which he himself is best remembered.

There’s an old joke that goes: “I went to a fight and a hockey game broke out.” From football to rugby to horse racing to boxing, one constant is true of every sport: Where there are fans, there’s passion. Nowhere is that more evident than in the lasting reminders of glorious victory, ignoble defeat, the unrelenting will to win, outstanding sportsmanship, and victory thwarted than in Of Lost Time’s Letters for the Ages: Sport collection.

More than simply an anthology of athlete recollections, this not-to-be-missed selection of letters showcase the importance of sport as a social activity and also give context to its larger influence on the shaping of world events, forming an historic colour commentary that encompasses the many faces of competition — from good, to bad, to downright ugly.

Like this incendiary example of vitriol dated June 13 addressed to suffragette Emily Wilding Davison, who’s spectacularly timed protest running onto the track during the 1913 running of the Epsom Derby disqualified the favourite horse, Craganour, from the race, and resulted in the grave injuries that led to her death.

I am glad to hear you are in Hospital, I hope you suffer torture until you die. You idiot.

I consider you a Person unworthy of existence in this world, considering what you have done, I should like the opportunity of starving and beating you to a pulp. “You cat”.

I hope you live in torture a few years, as an example to your confederation.

Why don’t your People find an asylum for you?

Letters from the Incarcerated: Life Behind Bars Series

The Oxford Learner’s Dictionary defines the word “kite” as: “a toy made of a light frame covered with paper, cloth, etc., that you fly in the air at the end of one or more long strings.” But in prison slang, the word has another meaning. Behind bars, a kite is an internal memo sent surreptitiously between prisoners. Kites fly between cells not free in the air, and yet they speak to little freedoms and tacit rewards; they are sometimes seen as a dialogue of hope in a world of silence and restraint.

So too, has traditional mail served as a lifeline for prison inmates since the days when the Apostle Paul wrote letters from a subterranean Roman dungeon cell. Prisoner letters, especially for those whose connections to the outside world have been otherwise severed, are a last link with humanity.

De Profundis, perhaps the most famous missive of the genre, was written by Oscar Wilde to his paramour, Lord Alfred “Bosie” Douglas, from the depths of Reading Gaol, where he’d been sentenced to hard labour. But Wilde is only one of many famous — and infamous — inmates to have chronicled their life behind bars in letters.

In Of Lost Time’s Letters for the Ages: Life Behind Bars, readers will encounter tales from incarcerated artists, activists, politicians, suffragettes, doctors, and, of course… criminals. Whether neatly composed on a prison typewriter or scrawled in anything from Biro to pencil to crayon — and even blood —  this collection of correspondence is addressed to loved ones, solicitors, newspapers, and accomplices, gives a voice to first-person underground accounts of brutality and resistance, and encompasses everything from a covert threat, to a friendly hello, to a final farewell preceeding the “long goodbye.”

Also read: Advantages and Disadvantages of Board and Batten