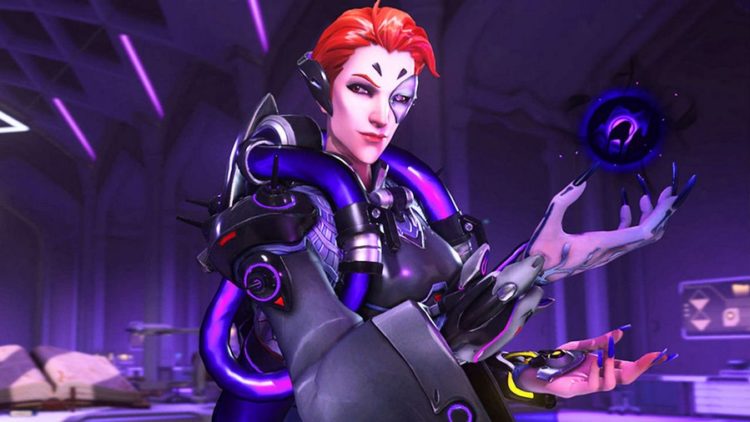 Do you love playing action games? Well, then Overwatch is probably one of your favorite games you might want to play with a PS5 or a Nintendo Switch, right? Especially when this game was blessed with a new patch in the new year, players would indeed become even more excited. Also, the players are pretty happy with Moira’s upgrade. This is mainly due to the Support hero being more agile than ever.

Since this news is presently in the trending position, most fans have already started creating fan reaction videos. So we will be sharing some of the exciting news regarding how the recent up-gradation of Moira is. Stay with us until the end if you want to know everything about this new update.

Since you are reading this blog, it is pretty evident that you are familiar with this game. So you are eager to know about the recent update of one of the most popular characters. You are at the right place as we will discuss some of the significant aspects of this up-gradation in this blog.

If you are a regular player, you must know that the Overwatch players endured 155 days without a proper balance update. In fact, many things like a regular holiday event or the change of the hero’s name keep the fans busy. It was on January 6th that the developers rolled out a surprise patch.

In fact, early this year, the developers adjusted six characters in total after the first update. Starting from a Reinhardt damage buff to a neat Torbojorn improvement, the fans will probably be excited about several things in this new update.

Also read: Pokimane Has Revealed Why She Regrets Her Twitch Streaming Career

What Impressed the Fans the Most about Moira’s character?

So you can well understand that a famous game like Overwatch is up-grading one of its central characters. Therefore, it will naturally create great hype among the fans. Especially when it involves the Moira, the craze is even more.

Overwatch adjusted six characters in total in its recent update, as we just mentioned. Even though the patch, which included Reinhardt and Torbjorn, was quickly pulled due to a game-breaking Hanzo issue. However, it was Moira’s buff is that captivated the fan community. In fact, the developers made a slight adjustment to her Fade ability. It was enough to make the fans fall in love with the Support hero once more with this bit of change.

Some More News About the Updates

MOIRA GOT AN EVENT EMOTE THAT’S NOT THE ANNIVERSARY DANCE THAT EVERYONE HAS 😭💜💛 https://t.co/MZ8zlazofT

At the same time, if you get an early glimpse of the Overwatch Cavalry, you will notice that it is full of action. Here, Moira struggles to get any elevation to display her moves. She can leap through the air. Through this, it can reach the high-ground vantage points pretty easily. Have a look at what the fans are saying

Fade: Can now jump much higher while using this ability

Well, the fans are indeed loving the recent updates. Some of them also made videos sharing their experiences on YouTube. In fact, they are describing these new changes as having more agility than before. At the same time, it is quite exciting and entertaining. They never had fun with Moira before this, primarily because of her new super jump.

However, this joy was short-lived among the fans as the developers took down the patch soon. Many of the players were suspicious about whether this change was intentional or not. But Moira found its way back to the live version of Overwatch. Finally, on January 6th, the developers redeployed Moira’s new form in the game. You can watch her gameplay here

So as we conclude, we can say that Overwatch is indeed one of the most popular games that most people play on gaming consoles. Therefore, fans will indeed be very excited when there is a new up-gradation of a character like Moira.