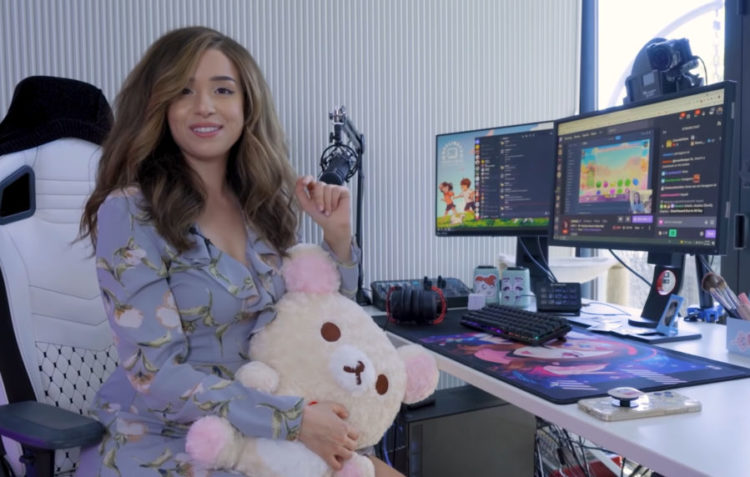 Imane Anys, or whom we also known as Pokimane has stunned her fans because she has announced that she often regrets her twitch streaming career. So, it’s worth mentioning that she has dedicated around 8 years of her early 20s to Twitch streaming. Despite her huge fame and earnings, and of course, the millions of fans, she regrets her career as a Twitch streamer.

Who is Pokimane and how She Has Gathered Such Prominence on Twitch Streaming?

So, Pokimane is one of the best twitch steamers who has become pretty famous. In fact, she has also become the third-most watched female content creator on the platform as well.

The 25-year-old star Imane Anys, or whom we also known as Pokimane exploded onto the Twitch scenes during the mid-2010s. So, she began her career with the online streaming of the games League of Legends and Fortnite. Within a few years, she gained a lot of followers and fans. In fact, she continued to rise to fame and enjoyed a decade of fan following. Therefore, we can say that she truly secured her future with her Twitch streaming career.

Pokimane Said That She Regrets Her Career

As we have said already, Pokimane has certainly had an amazing career as a Twitch Streamer. So, she has dedicated eight years of her life to this field. Despite that, she does show a feeling of confusion. In fact, she had struggled to figure out who she really is. Pokimane or Imane Anys revealed on the 4th of Jan that she feels as if she has wasted her precious 20s as Pokimane role. In fact, the pandemic has really stuck a lot of people and Anys did find some time for introspection. She said that she didn’t know herself anymore.

“The weird thing is I just woke up one day…and I had this immense feeling…I grew upstream. I started streaming when I was 17 years old. And I never really allowed myself to have a normal life. One day I woke up and Boom. I was 25 and I’d never really done the things I had planned to do.”

She even added that in the 20s, one should explore himself or herself, and the world as well. In fact, the pandemic made her feel quite static as well. Moreover, she even considered whether she has a life or not.

Anys did lose touch with everything that made her feel pretty good. Throughout her life, she kind of immersed herself to build followers and build business partnerships as well. Therefore, the pandemic provided her with a time of introspection.

“I looked at my closet and I was basically just like ‘Yuck’ and chucked everything out…It was really like that for everything. I took a step back and had to figure out where I wanted to be mentally.” In fact, it’s the reason why she did stream a bit less than usual.

Living A Life Both as Imane and Pokimane

So, it’s true that it’s tough to lead two lives like this. However, she didn’t split Imane and Pokimane a lot but she’s now trying to do so. Therefore, she wants to take even more breaks and do traveling and other stuff. In fact, it’s worth noting that she did take a lot of breaks a previous year to focus on her mental health.

Pokimane’s Message To The Fans on Her Mental Health

In a long message, she asked her fans to stay patient because she wants to take some break. She said, “Since quarantine began, it’s been hard for me to find the same joys and motivation for making content. The things I look forward to the most, like visiting my family, traveling, going to conventions, and meeting some of you, aren’t possible right now. This has led to me feeling burnt out for quite some time.” She added, “…I want to be happy and excited to make content for you all.” Moreover, she also asked her fans to take care of themselves.

A lot of fans also commented and shared their response. One of them said, “Enjoy the time off, Poki!”, and another said, the crown will wait for you to get back have a nice break.”

The Truth About Ronnie Ortiz-Magro and Saffire Matos Relationship