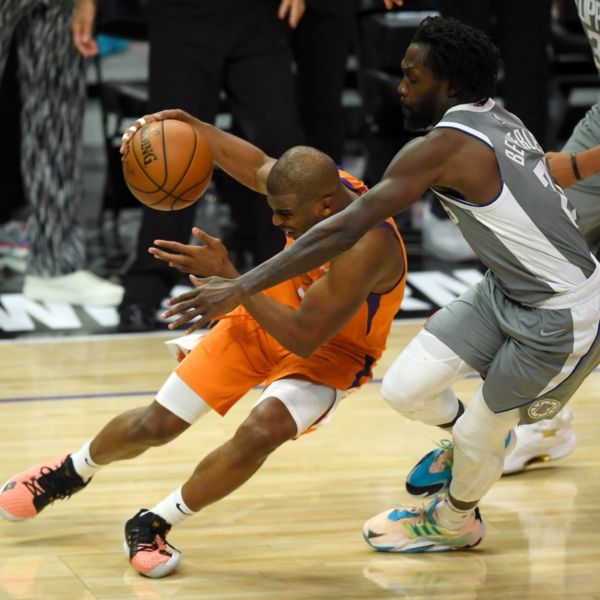 Patrick Beverley recently slammed Chris Paul for allegedly faking an injury in Game 7 against the Mavericks. We know that in the world of sports, injuries are a player’s biggest nightmares. Fitness is the keyword in any kind of sports. A player might be highly skilled, but he has to be fit to use his skills. There are numerous instances where injuries made some of the greats of the sports world sit out for months. We also have many such instances where injuries have ruined the careers of many promising stars. However, we have also witnessed cases where a player gets criticized for faking an injury to take advantage of the situation.

Recently after Game 7 between Phoenix Suns and Dallas Mavericks, Patrick Beverley blasted the Suns and Chris Paul for the embarrassing loss. In fact, his comments about Chris seem to strengthen the belief that tough Chris Paul is a great player, in the playoffs he is not.

On ESPN, while speaking about Phoenix Suns’ embarrassing defeat, Patrick Beverley claimed that the Suns benched the wrong person. According to him, they should have benched Chris, in place of Deandre Ayton. He also added that Chris is definitely the future Hall of Famer. But in this match, he was pathetic. Beverley hurled some slander on Paul, calling him a “cone.” He also accused him of faking an injury in order to make an excuse for the embarrassing loss. Click the link below to listen to what Patrick had to say:

Read this article to know more about this.

Patrick Beverly admitted that he predicted that a Suns player might fake an injury in Game 7. He even predicted that Chris will leave the court injured. Click the link below to see Patrick’s tweet:

Patrick claimed that he was not intimidated by Chris Paul. He even blamed him for faking an injury. However,  Paul has a history of playing tough through pain. There is a recent instance from the last season of such a situation.

Paul had an injured shoulder in the first round of playoffs last year when the Phoenix Suns battled the Los Angeles Lakers. Lakers Nation reported that in spite of his injury the Suns were desperate to include him in Game 2. Later while speaking to JJ Raddick on a show, Chris admitted that he didn’t know why the Suns were trying to guard him in Game 2. He admitted that he was unable to shoot. He had a shoulder injury and was unable to raise his hands. Even if he raised his hand, a simple push would have dropped his hand.

Thus, injuries and Paul have a long story of their own. On the other hand, Patrick Beverly has a reputation for coming fiercely on his opponents. His comment on Chris further strengthens the claim.

Patrick Beverley criticized Chris Paul after the defeat of the Phoenix Suns at the hands of the Dallas Mavericks. He claimed that the Suns should have benched Chris. He also accused Chris of faking an injury during the loss. However, Chris has a long history of playing tough through pain. But in NBA, narratives shape legacy. Performances in turn shape the narratives. But at times, interpretations also shape narratives. Thus Patrick Beverley’s comment seems to add to the narrative that Chris is not great in playoffs. It might be that Chris faked the injury to survive a series. But given the greatness that the 37-year- old Chris has garnered throughout his career, such claims seem really misfit. Let us wait and see if Chris answer Patrick Beverley’s criticism with his performance. Can Chris break the narrative? What do you think?