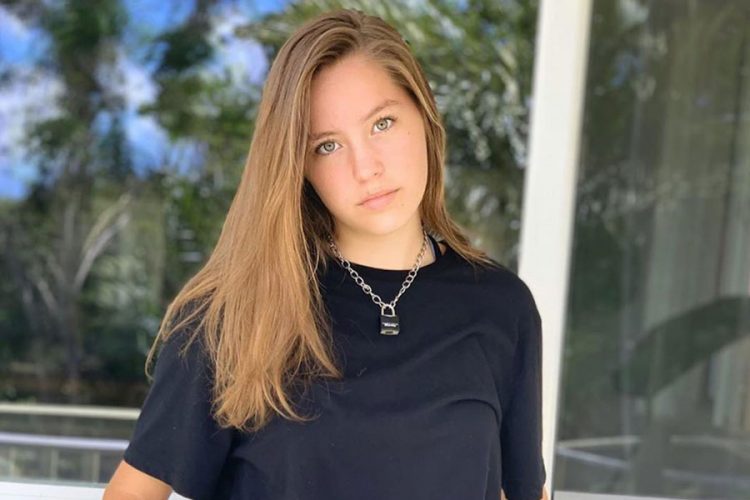 Peyton Coffee is a famous American social media personality. She is well known for her lip-syncing videos in the video-sharing app called TikTok. Also, she has lots of fans on social media. Now she is sixteen years old. At first, she appeared in the Vine videos which became very famous. Then Peyton and her siblings came in the self-titled YouTube channel that has thousands of followers. That is why her whole family is famous. Furthermore, she is famous on Instagram where she posts many videos. You can find all the details of Peyton Coffee early life, career, and personal life here.

The birth date of Peyton Coffee is January 28, 2004, and her birthplace is California, USA. The names of her parents are Jason and Chassy. Peyton and her family moved to Kansas City, Missouri. So she spent most of her time in this place. After that, her family moved to Hawaii. They fell in love with the beautiful island.

Peyton Coffee is now attending a local high school with her siblings. In the future, she will graduate from school and join college. Along with her education, she is also focused on her social media career.

Peyton Coffee loved social media from a very young age. Her father introduced her to Vine and she uploaded lots of her videos. Also, her father had an account in Vine. Then she posted lots of her videos on Vine that received popularity from Vine users. Her Vine account began to get hundreds of followers.

After her popularity in Vine, Peyton posted her videos on TikTok. She caught the attention of many TikTok users. In 2018 Peyton became one of the famous TikTokers from Hawaii. Now she has become famous on Instagram too. Also, she has a Youtube channel. But she only posts videos on her Youtube channel occasionally. But she appears in the Youtube channel of her father that has thousands of subscribers. Moreover Peyton Coffee has appeared in TikTok with her father named ‘jasoncoffee’. Also, it has millions of fans.

Peyton Coffee has two brothers named Issac and Caleb. Often Peyton appears with her brother Caleb in his videos. Also, she has a sister named Ashly. The only person in her family not active in social media is Chassy Coffee the mother of Peyton.

Peyton likes to watch movies and TV shows in her free time. One of her favourite TV series is Stranger Things on Netflix. Furthermore, in her free time, she loves shopping and travelling. Now she is in Hawaii and enjoying her time with her family.

The TikTok star likes to keep her life private. So we do not know whom she is dating at the moment. According to the sources she is currently single now.

As Peyton Coffee is a great social media influencer she is making a lot of money. Her net worth is approx $400,000 (USD). She has many followers in TikTok who never miss seeing her videos. That is why Coffee is one of the prominent influencers. Sometimes she promoted products on her social media pages too through which she earns money.

Peyton Coffee is a great TikTok sensation. She is a wonderful daughter and sister. Also, many people love her because of her simplicity.