Phil Michelson Enjoying His Break: See How His New Look Puzzles His Mother 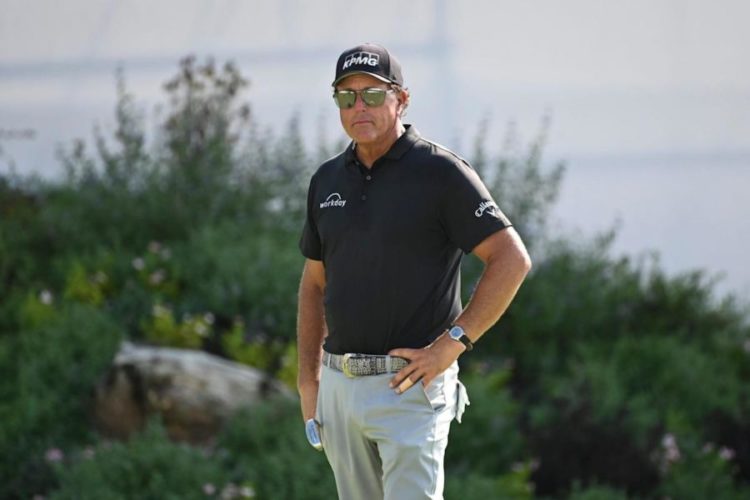 If you prepare a category of the most stylish sports, golf will inevitably top the list. So when we discuss golf, we cannot help but mention the famous American golfer, Phil Michelson. If you have watched his matches, you will know that he has won 45 events on the PGA Tour, along with six major championships and other awards and accolades.

However, we have seen the star golfer on the PGA Tour since the Farmers Insurance Open in late January. The 51-year-old golfer decided to take a prolonged break from professional golf, as per the sources. After his controversial comments on the Saudi-backed LIV, Invitational Golf Series landed him in trouble with the PGA Tour and his colleagues.

So would you like to know some more exciting details about Phil Michelson’s life? Today we will share some of the significant details about his glorious career. We will also discuss the matter where his mother is finding it difficult to recognize him because of his changed look. Let us have a glance!

Some Significant Details About The Celebrity Golfer Phil Michelson

Even though Phil Michelson does not need a separate introduction, here are some of the significant aspects you can go through once. Phil or Philip Alfred Michelson was born on June 16, 1970, in San Diego, California. Therefore, he is currently 51 years old. In fact, his fans also commonly know him by his nickname, Lefty.

Needless to say, Michelson is one of the 17 players in the history of golf to win at least three of the four majors. At the same time, he has won every major except the U.S Open, in which he has finished in the runners-up position six times.

Moreover, the star golfer has spent more than 25 consecutive years in the top 50 of the Official World Golf Ranking. Pretty impressive, right? Also, he has spent over 700 weeks in the top 10 positions. At the same time, he has reached his career-high world ranking of No. 2 several times. He is also a life member of the PGA Tour. He might be naturally a right-handed player; however, we mainly know him for his left-handed swing.

Is Phil Enjoying His Break From Golf?

Needless to say, for the past 30 years, Phil Michelson’s life has revolved around golf. However, that has not been the case in 2022, as the star golfer has not appeared at a PGA Tour event since January. As per the sources, Phil was to defend his title at this weekend’s PGA Championships at Southern Hills Country Club. But surprisingly, he withdrew a week before the event.

However, quite naturally, he is facing the backlash from his public support of Greg Norman’s new golf league. According to his mother, he is enjoying this break a lot. She told a leading newspaper pretty recently in an interview that her son is presently spending his time relaxing and is in a great mood these days. He keeps away from phone calls from people who want him to come back for the tournament.

In fact, even his siblings can notice the change in their brother. They have also mentioned the same thing as their mother. Phil looks pretty relaxed and comfortable. They are all beside him and happy for him. However, the fans are wondering whether he will come back to play on the PGA Tour again. Neither his own mother nor we know the answer to this million-dollar question. We have to wait for the right time and the right moment to see his comeback.

As we mentioned earlier, Phil Michelson is presently on a break from his golf career. He is enjoying this break to its fullest and making use of the time to destress and relax. This is because, after a long time, Phil has finally managed to get a leave and spend some time relaxing. However, according to his mother, he has also got a new look.

In an interview, she says, “I didn’t recognize him at first. He had a little bit of a beard and mustache. I don’t remember him doing that before. Not too many people recognize him, so it’s been fun to be able to go out with him.” You are also surprised, right? Yes, it is the same Phil Michelson we are talking about, whose previous look was entirely different from what it is now.

Many of you might also have questions on your mind if this is some sort of mid-life crisis that he is undergoing. Well, we do not know about that. However, if the star golfer is happy spending more time with his loved ones while stroking his new beard, then there is no reason why he should think about returning to the PGA Tour soon enough. We are yet to see what decision he takes.

So as we conclude, we can say that Phil Michelson might have started his career in sports at a later age; however, presently, he is one of the most famous golfers in the world. We hope he has a great vacation with his family and returns with a fresh mind.