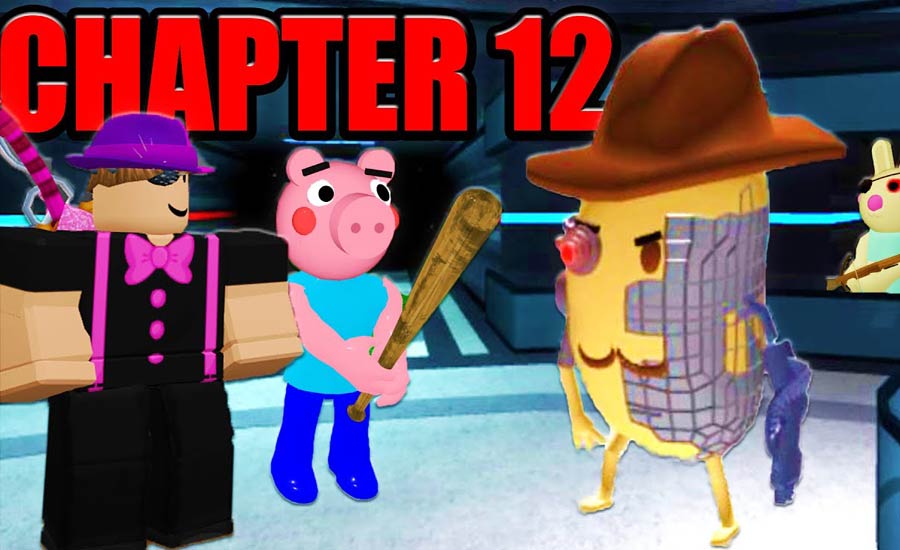 The piggy story stirred the interest of all the gamers with its endings. Piggy Chapter 12 got released and the gamers are eager to solve the mystery behind the game. They have to crack the code in order to get the true ending. Although the true ending is an unsolved mystery for many, you can understand why it seems like a mystery. Ultimately the game we are playing is a mystery so little mystery at the end is not a crime! So know all about the game-ending here.

The Plot of the Piggy chapter 12

Chapter 12 of the game begins with the player and George hard upon the heels of Mr. P. He is going to the power plant. It is the map and this is the place where the setting of the chapter is set. The players’ aim is to search and identify the events in the power plant and unlock all the doors. Then you have to halt Mr. P.

To know what is really happening you have to get hold of the note pages. The note pages are all over the plant. This will show to you that the hospital got closed however Mr P and his team continued with the experiments in the lab and they get infected too. So as Mr. P changes into evil because of the infection he sacrifices his life to save all and destroy all the infected. Now, this is the time where there will be three endings. The step you take will land you upon one of the three endings.

The three endings in Piggy chapter 12

If you prefer to have a bad ending, then you have to get near to Mr. P when the scene ends. At that time a monster suddenly appears and gets to you. This is a bad ending. In the credits, you also become the infected monster along with the rest.

If you prefer to have a good ending in the game End of Piggy, then you have to forget Mr. P and get out of the plant with George. When you get out you will find the characters Zizzy and Pony who have killed all the infected. At the end of the chapter, you and the other guys will team up to find a cure for the infection.

For the true ending, you should get all the badges. This will consist of the good as well as the band ending however without the Distorted Memory ending. You have to go to the city in the Player + Bot mode. Afterward, you have to open the exit gate but do not enter. Search for a purple car and under the car, you can get the picture of Mr. P. Have the picture with you. Finish the level in the plant and go to Mr. P.

In the end, Mr. P will reveal how the infection actually started at the first. His wife was suffering because of a virus so he worked hard to find a cure for her. He was making a substance 128 and with the help from Piggy family, he tested it. But the potion he made was actually not good as it infected all the people and turned them into monsters. The end of the true ending will be the same as the good ending but there are some differences.

In the credits, you will get the skin of Mr. P. The hat of Mr. P and the infected people will not be present at the end. This may be a glitch on the part of the creators or may also be a sign of another story. They may also have found a cure.

The true ending is a mystery indeed. But if we have to wait to get more updates from Roblox.