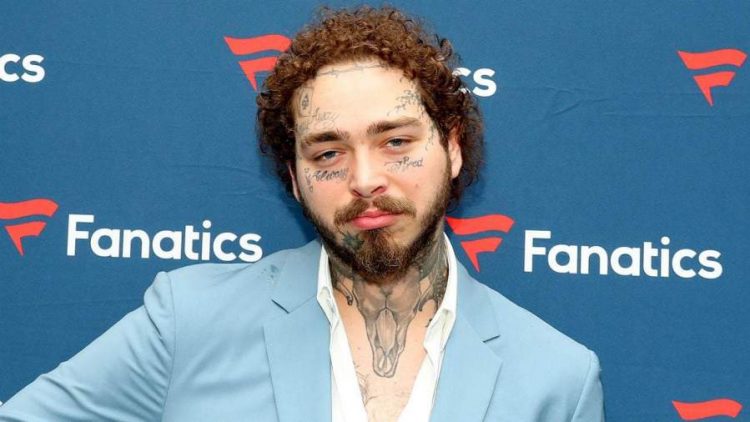 Austin Richard Post is the real name of the singer known professionally as Post Malone. He is an American singer, record producer and rapper well known for his songwriting and vocal style. The singer received praise for using many genres in his singing like rap, grunge, R, and B and Country. He first received recognition in the year 2015 after the release “White Iverson”. Then he signed a contract with Republic Records. From then on he became popular for her performances. You can find all the details about Post Malone Biography.

Malone’s birth date is July 4, 1995, and his birthplace is Syracuse, New York. He grew up with her father and her stepmother Jodie. His father worked as DJ at the time of his youth and then Malone came to know more about the different types of genres in music because of his father. When Malone turned nine he moved with his family to Texas.

Here his father worked as a manager of concessions for the team Dallas Cowboys. At this time Malone started to play the guitar. He went to auditions to join in the band Crown the Empire in the year 2010. However, he faced rejection when his guitar string broke.

When he was fourteen years the singer took the stage name Post Malone. He took the last name from Karl Malone basketball player. At the age of sixteen, he made the mixtape titled Young and After Them Riches. During his teenager years, he also worked at Chicken Express. After he finished college he shifted to Los Angeles, California to get a break in singing career.

He received one million views for “White Iverson” and this helped him to get the attention of popular record labels. Then he received the chance to collaborate with leading rappers such as Kanye West, Young Thug, and 50 Cent. Then many of his albums became world-famous and his new album is set to release at a future date.

Malone is now living in Los Angeles, California. He was in a relationship with Ashlen Diaz but they got separated in 2018. Now there is no update of his relationship status. He is also popular for his many tattoos on his body which he inked on his own. Malone is also an expert in inking tattoos. He did the job for many of his friends.

Many people title him as Culture Vulture because of his social media posts. Many people shared jokingly that he is slowly transforming into white man however Malone replied back that it is tough being a white rapper.

Malone has a house at Cottonwood Heights, Utah which is worth millions and is of 12,700-square-foot. His net worth is 20 million dollars. The singer is one of the richest men in the industry. Many of his albums are a great hit and in the upcoming future too he will release albums expected to be successful.

Post Malone is a good singer and rapper. Although he is always involved in some controversy or the other he maintains his place in the rap industry.

You may also read: The Truth about Google Results for “White American Doctor”