Pros and Cons of Different Types of Power Generators for Home 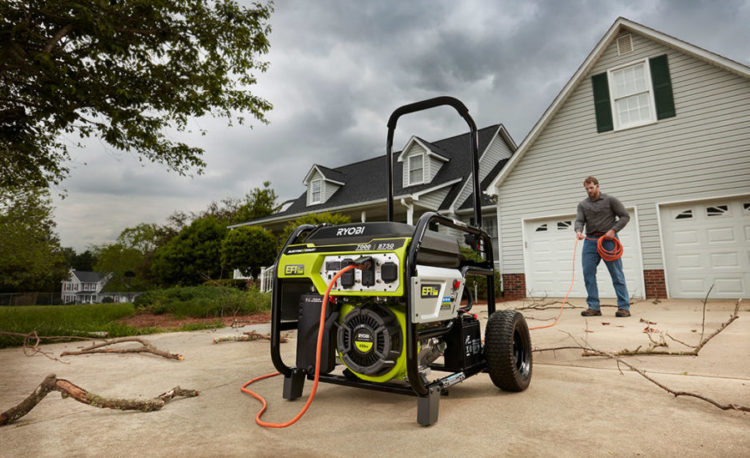 Power Generators are one of the most vital devices in the present day. Events like load shedding, natural disasters, and infrastructure breakdown can lead to electrical failures. Without power generators, one’s world will go dark in such instances, and hence, you must have one of these machines in your home. The challenge lies elsewhere. It is difficult to identify a suitable power generator for the home.

There are numerous ones available, and without knowing the detail and use of all kinds of generators, you may pay for the wrong equipment. Each of them has its unique features, pros, and cons. Check them out below to make an informed buying decision.

They are also known as diesel genset. This machine combines a diesel engine with an electric generator to create electrical energy. Diesel generators are best known for their lower maintenance levels, high durability, and incredibly long life. Diesel fuel burns much cooler when compared to gasoline. As a result, it diminishes the amount of heat and the high level of pressure on the engine.

They are super-efficient and also possess a higher energy density regarding generating power that is lower in cost. Diesel power generators have an advantage – they are very affordable. As long as you keep them well and maintain them regularly, they will last long, even after heavy and rigorous usage.

Diesel generators are very easy to start in cold environments. It is another significant advantage. However, they release emissions and do not function well in wet environments, as the moisture ruins the engine. Despite these cons, they are high in demand, and rightly so.

They are one of the widely used and most efficient means of generating electricity. These machines work the same way as other sorts of power generators and use propane or liquefied gas. The best thing about natural gas is that you can easily store it in tanks, and is readily available. These generators hardly ever run out of fuel and are also popular because of how inexpensive and clean the gas is.

Additionally, these machines reduce costs significantly when used as power sources in homes. This is because when you utilize electricity from the primary source, it does not cost you a lot.

One of their advantages is that they function very quietly and cause no such disturbance. Apart from this, they burn cleanly without producing much waste. However, people who use diesel generators will find them less durable. It is one of their major disadvantages. Also, they incur high installation costs because of their connection to running gas lines.

They are powered by diesel or gas and are an excellent option for generating temporary electrical power. Their key features include the use of combustion engines that helps develop and conduct electricity. Also, you can use them in remote locations, and they are strong enough to operate refrigerators, televisions, and freezers.

The device’s engine turns a small turbine. It then leads to the production of usable electricity. Some portable power generators are even solar-powered, like the EcoFlow DELTA Pro Portable Power Station. It can be a good power generator for home. You can use a portable generator in two ways. Firstly, wire it into the sub-panel of your home. Seek professional help if necessary. Secondly, you can plug your electrical appliances directly into the generator’s power sockets.

Portable generators have multiple uses. Most homeowners utilize them during power outages to keep the essential electrical appliances running, like, phones, refrigerators, lights, etc. A significant advantage of these devices is that they are affordable. They work well but need a considerable amount of protection from the weather changes.

They are very interesting considering how they leverage the sun’s energy for power. Solar power is a simple energy form and is available everywhere. These power generators function by using solar panels to help gather the sun’s energy. It then charges the devices’ batteries. Eventually, the charge stored in the battery helps generate electricity. Today, most appliances use alternating current. Thus, the solar generator’s inverter first converts the power into this kind of current before extraction.

A solar generator has three components – batteries, the inverter, and the charge controller. They work together toward converting solar energy into electrical energy. These generators take almost eight hours of direct sunlight to charge, which can be a disadvantage if time is the top factor for someone.

Their advantage is that they are the ideal choice for minimal electrical requirements. However, they are more expensive than fuel-powered generators. Despite this disadvantage, many people prefer this power generator for home as its pros outweigh its cons.

Most people refer to generators as loud and bulky electrical devices. The invention of inverter power generators has changed this perception greatly. These devices use an engine that is connected to an alternator. It leads to the production of AC (alternating current) power. It is then transformed into DC (direct current) power by these machines with a rectifier’s help.

When compared to the traditional generators, these modern-day devices offer a plethora of benefits to their users. They hardly generate any noise during operation and are 20% more fuel-efficient. Moreover, they create the type of electricity that you can safely use for sensitive electronic items like laptops and smartphones.

Some of their key aspects include the usage of advanced electronic circuitry and high-tech magnets. They go through three primary phases to generate electricity. Firstly, these devices output the AC and then transform it to DC. Eventually, they invert it back to AC. Their engines’ speeds adjust themselves as per the required amount of power. It makes them more energy efficient than the other kinds of generators.

However, they are costly when compared to portable generators. It can be a disadvantage for many people. Also, they cannot power heavy-duty tools and machinery. If you have a big home, then avoid this type of generator.

All of them come with their fair share of distinctive aspects and uses. Make your buying decision based on your requirements and demands.

5 Factors To Ponder Before Buying an HVAC System

5 Air Conditioner Problems and How To Fix Them