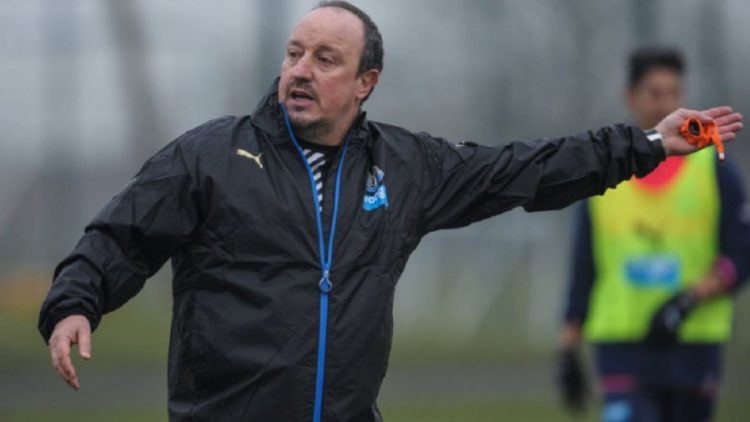 Rafael Benitez is the former Liverpool FC manager. Well, there’s recent news that says that he might be a possible candidate for Merseyside with Everton. In fact, this has come as a shock to the fans for more obvious reasons. Well, after the service of Carlo Ancelotti, Everton is looking for a new replacement. There are many contenders for that job. However, the most shocking decision of them all was the inclusion of Rafael Benitez. That’s why the football fans are really in a debate as to the reason for this inclusion.

What did the Owner of Everton Say?

Well, the owner of Everton Farhad Moshiri has given the thumbs up for the decision. He said that he is seriously considering appointing Rafael Benitez as the replacement of Carlo Ancelotti.

Since the blues are looking for their new manager, he is a real contender for the job. Rafael Benitez has also led Liverpool to the champions league victory back in 2005. Moreover, it’s really shocking because the man once ridiculed the Goodison park outfit as a ‘small club’.

A decision that shocked the fan

However, Benitez has apologized to the supporters of Everton because of this sudden news. Moreover, since he ridiculed the blue jersey team back then, this added more fuel to the fire. However, He said that he was just interested in the vacant job for the manager.

Search for The Manager and Other Contenders

Well, it’s safe to say that Everton’s search for their new manager isn’t going well so far. Moreover, their top two contenders are trying to stay put in their situations. In addition, the former football manager David Moyes is looking forward to the European football with West Ham United team. Therefore, he is not likely to return.

Moreover, Nuno Espirito Santo was trying to join Crystal Palace after he departed from Wolves. However, that didn’t go well because of some last-minute error in negotiations. Well, he also demanded to bring six more staff along with him.

So, now we can ask, who will be the other contenders?

1. Remember Roberto Martinez? Yes, he is the former Everton manager. Benitez will go up against him in the contention. Moreover, fans are eyeing whether he does well in euros with the Belgium team.

2. Another contender for the post is Christopher Galtier. So he just led team Lille to the league 1 title. However, he resigned after he few days. He added that his time was up for that club.

3. Another contender is Brighton Boss Graham Potter. He also has the back of the Everton boardroom. However, he would be an outside contender of the club.

All controversies aside, if he becomes the manager and manages to do well for the team to win silverware, then fans can forgive him for those distasteful comments.