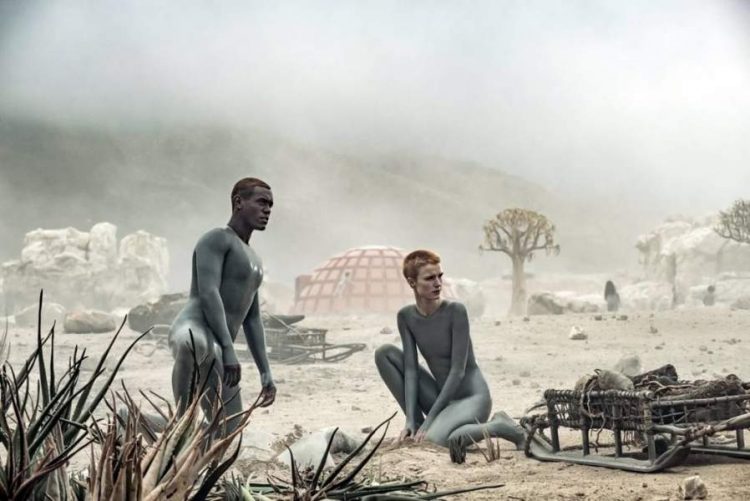 Raised by Wolves is an American series in the making set to release soon. It is a science fiction drama created by Aaron Guzikowski. Many science fiction fans are eagerly waiting for the series. It will get released on HBO Max. It is going to be a ten-part production and the co-producer of the series is Ridley Scott. So as big names are going to join in the cast we can expect the series to be great and exceed expectations. Find all the details about the series here.

Raised by Wolves will release on September 3, 2020. The first season of the series will have ten episodes. Moreover, it may be a weekly affair. It is the right time for releasing the series as many such high-profile projects shut down for the year. So fans can enjoy watching this series.

The plot of Raised by Wolves

The story of the series will focus on a new colony of humans run by two androids. The two androids are the mother and father of the human colony and they are looking after them after a great war destroyed the earth and also most of humanity. The androids also get trouble when humans separate into different religious groups. They find that handling humans are difficult as their beliefs lead them into treachery.

Will the androids be able to stifle the war that arises due to different faith? Only the series can reveal all the details. Can the androids understand the complex emotions of humans? Is there a background story to the existence of a Mother and Father? We can see all of these in the series.

He is one of the humans in the colony who rebels against the android parents. Marcus is a rough man who looks like a soldier. He does not abide by the rules put by his parents.

She is the mother android who looks after the human colony as her children. She tries to protect the children of her colony however no other information is available about how she came to exist which adds to the mystery.

He is an android who takes the role of the father in the colony. He also acts as a protector to the family.

Campion is part of the surviving human colony after the events of Great War.

She is also a member of the colony.

The trailer of Raised by Wolves

The first few moments of the trailer reveals about a great war that killed most of humanity and destroyed the earth. But some people are alive on the earth.  We can understand from the trailer that the androids are not honest. Furthermore, they are hiding some important information from us and also the characters. Then the character Marcus gets called by the Mother as the big bad wolf. We do not know who to trust.

Raised by Wolves is one of the best series of the year. The series will become one of the popular content available in HBO Max. So stay tuned for its release.