Rappers in Jail: Do You Know What Are They? 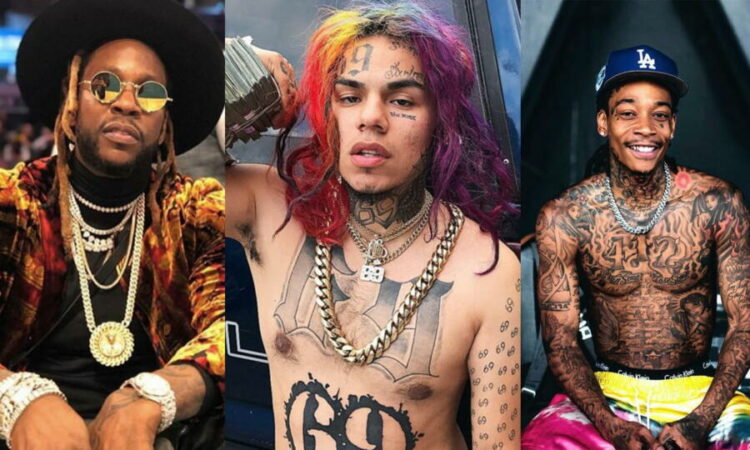 Rappers in Jail is a trending topic these days. Indeed, rappers are frequently facing imprisonment due to some crime or other. Thus, American rappers are having a dark, harrowing year. In this article we will discuss some famous rappers who are recently taken prisoners.

We all know Rod Wave , the Beautiful Mind star. Indeed, the Hunger Games Vol. 1 rapper is adored by his fans for his strong voice. In fact, he incorporated hip hop and R&B. Not only this but also he earned recognition as a trailblazer of soul trap. Since May 2, 2022 Rod Wave has been in jail. It will stun you to know that the rap artist is found guilty of battery by strangulation. He thus faces a felony charge.

The American rapper faces a seven year sentence in federal prison. Indeed, he pleaded guilty. Accusations are that of identity theft and possession of unregistered firearms. It’s shocking how these talented rappers descended into the abyss. This rapper, 9lokkNine, had committed a fraudulent act. Indeed, he applied for and received benefits under another person’s name through the Paycheck Protection Act.

In April 2021, this supremely talented rapper met with a bulky sentence of 45 years. The judge stated that this is because of his antisocial behavior. Indeed, he was accused of turning his label, Original Block Hustlaz (OBH), into a drug ring. In fact, his act supposedly implicated at least one murder.

The Bronx rapper faced imprisonment in December 2021. Accusations include first-degree murder and criminal possession of a weapon in the second degree. In fact, Kay Flock only began his career in music a year ago in 2020. He steadily ascended to fame with his singles like Not in the Mood. Indeed, his debut mixtape, The D.O.A. Tape saw the light in 2021.

03 Greedo earned universal acclaim for his Purple Summer mixtape series that initiated itself in 2016. In fact, his mixtape The Wolf of Grape Street and debut studio album God Level earned profound commercial success. However, in 2018, his career in music and songwriting abruptly came to a halt. He faced a 20 year sentence in prison. Accusations are drug trafficking and possession of firearms. In spite of perishing in prison, he has continued to release music. In fact, with good behavior he stands eligible for release in five years.

The 27 year old American rapper met with imprisonment on April 14, 2022. Charges are possession of firearms and drugs. In fact, he is also guilty of resisting arrest. Bankroll Freddie began his career in music in 2017. Lil Baby, Act Up, Drip Like This are some remarkable hits from this artist.

Along with fellow rapper Gunna, the 30 year old This is America star is in Fulton County Jail. Young Thug faces accusations of conspiring to violate the Racketeer Influenced and Corrupt Organizations (RICO) Act. In fact, as per jail report, he is also guilty of participating in street gang activity.

Also read: Affordable Care/ Obamacare: How Does it work?