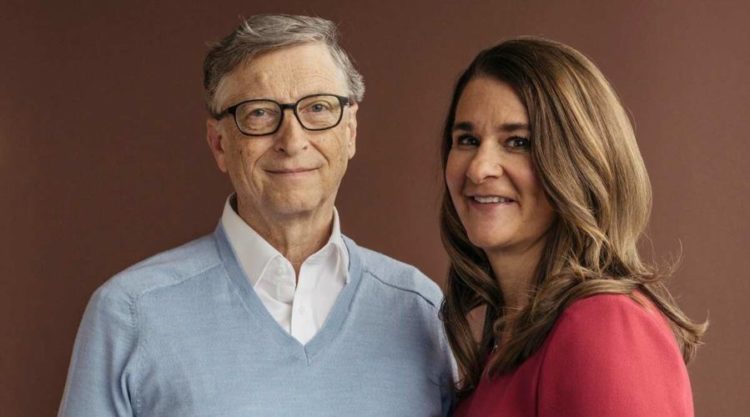 Bill Gates, the person whom we all know as the co-founder of Microsoft surely gives love a top priority in his life. As a person who has devoted his entire life to making the lives of people easier surely has his own story, right? Well, his relationship with Melinda is a topic that a lot of people are talking about now.

So, the followers of Bill Gates would know about his relationship with Melinda closely. Despite their divorce, Bill feels that marrying Melinda was the best decision of his life. In fact, in an interview, he even said, “every marriage as the kids leave the house will go through a transition. Mine sadly went through this transition called divorce.”

The 66-year-old co-founder of Microsoft has seen a lot of wonderful things in his life. He has spent rosy times with his family and friends for sure. However, as it often happens that we meet a lot of ordeals in our lives. The setbacks can only make us stronger or have us reminisce about a beautiful past. So, this is what Bill Gates is doing right now. He feels that his marital tie with Melinda was a memorable one. In fact, he’d marry her again if he would.

So, in an interview, he even mentioned the experience of his marriage: “from my point of view, it was a great marriage. I wouldn’t have changed it. You know, I wouldn’t choose to marry someone else.”

At some point in time, you want to look back in your life and see how you did all those years. It’s not only about the career but also about your personal life. In fact, this also applies to a great man like Bill Gates. Surely he has achieved a lot of great feats in his life. Moreover, he has also gotten everything he wanted: fulfilling his dreams, having a wonderful family, and spending some memorable times.

However, sometimes life just doesn’t go the way we want it go, right? Probably that’s why they had to take the decision of a drastic step of divorce. But it’s also true that despite their divorce, the newly-single billionaire Bill gates wasn’t as confident as marrying anyone else. In other words, he said, “I’m talking about would I marry Melinda all over again. In terms of my future… I don’t have any plans, but I highly recommend marriage.”

As we all know, the billionaire Bill gates exchanged vows with Melinda French Gates. In fact, it’s worth noting that the couple dated for around seven years before marrying in Lanai, Hawaii, in Jan 1994. They even married under no prenuptial agreement. They have had a wonderful time together with lots of sweet memories. From their interviews, we could see how amazing they were as a couple.

Furthermore, they also have three children together. Their names are Jennifer, Rory John Gates, and Phoebe Adele Gates. On the other hand, Phoebe is the youngest daughter of Melinda and Bill Gates, and she’s 19 years old as of now.

The Story of Their Divorce

In the last year 2021, in the month of May, the duo announced their breakup. The media confirmed that their divorce petition didn’t have a prenuptial agreement. In fact, with 125 billion USD, Bill Gates was among the richest people in the globe at that time. Nevertheless, they agreed on a fair settlement. He said that neither of them was facing any real reduction in their consumption.

The loneliness that comes after the divorce was apparent in Bill’s words. He said that his 66k square foot Seattle home felt a bit big most of the time. Therefore, he has planned to host a few more dinners with experts he wants to hear from. In fact, he has also gotten some time to write a new book: How To Prevent The New Pandemic.

Needless to say, the exes, Bill and Melinda still do work together with ‘The Bill & Melinda Gates Foundation. In Bill’s words, they are like friends as of now. However, the same cannot be said about Melinda. So, in an interview, she chose not to use the word, ‘friend’ to terminate their relationship.

On the contrary, she suggested that they have a super important, complex, close relationship where they have chosen to work together. In fact, she’s very happy that she’s still working with Bill.

There are a few reasons why they had to take the decision to divorce and Bill’s affair with a company’s employee was one of those reasons. Despite it being not the final straw for their marriage, we can say that it was one of the prime reasons.

Currently, the duo is in a healing process. Talking about their divorce, Melinda said, “there just came a point in time where there was enough there that I realized just wasn’t healthy and I couldn’t trust what we had.”

However, they are currently working towards healing. In fact, Bill too has mentioned that he’s also grieving the same way she is… you know.. We grew up together.” We don’t know what the future holds for the duo, but currently, they are in a good place, as it seems.