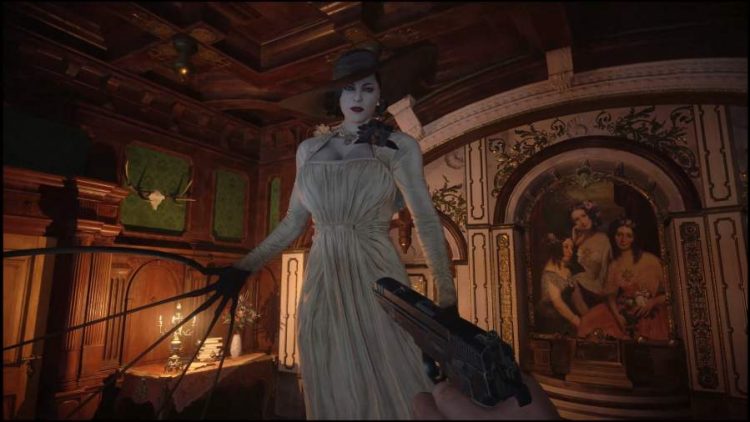 The opening of the game itself exhibited how splendid it is. It also pays tribute to the other Resident Evil Games in big ways. Moreover, you will find lots of horror and action in the gameplay. Like its predecessor Resident Evil 7, the Resident Evil Village takes a first-person perspective. It takes place in a dark Romanian village that has to be explored by the player.

Furthermore, the inventory of the game is similar to Resident Evil 4. You will find everything in a briefcase. The players will be able to buy the weapon from a man named Duke. The interesting thing about the game is that the players can hunt for animals to eat.

Also, they have to give the animal to the Duke and he will prepare a dish for them. Eating is important because it helps the player to have the advantage as it decreases the chance of more damages when blocking. Therefore, the gameplay of Resident Evil Village is a well-planned affair.

What about the setting and plot of Resident Evil Village?

Resident Evil Village happens three years after Resident Evil 7. Here you will find the return of protagonist Ethan Winters. You may know his background story. If not here is brief information. He is a family man who was surviving the apocalypse with his wife and newborn daughter. However, Chris Redfield suddenly appears on the scene murders his wife and takes Ethan and his baby to Romania.

Now Ethan Winters has to survive through the village of Romania to save Rosemary. This village is under the rule of Mutant Lords. In this game the villains are nasty. Firstly, you may find the bad and ugly Lady Alcina Dimitrescu. She resides with her three daughters in Castle Dimitrescu. Then the creators made the game even scarier by adding Karl Heisenberg and his werewolf gang in it.

After him, you will find Salvatore Moreau who is described as a merman. Like them, many others rule over the village. Therefore, this is how the plot of the game goes. Ethan Winters uncovers many mysteries that lead to even more mysteries. But can he find his daughter and rescue her. Play the game to find it.

What are the interesting aspects of the game?

The gruesome setting of the game, the mutant inhabitants and also the action make the game interesting to the fans of Resident Evil. You will find yourself lost with Ethan in a Romanian village that has lots of secrets. Along with Ethan, you have to kill the mutants or people who cause trouble and when they fall you can get their cash to buy more ammo. Also, you can find the Lycans and mermen along with zombies. Some of these monsters move with the speed of light so you have to keep all your games sense heightened.

Taking a shot at the monsters has to be precise as you have to know whom to shoot first. If you lose the opportunity to shoot, then you are going to need first aid. If you need weapons or any other things, then you can visit the Dukes. Do not worry he will be everywhere. He is the only solace in the game who has your back.

The village is not a hard game to play but sometimes the enemies are unpredictable. You will not be battling the zombies alone in this game because there are werewolves, vampires and water mutants too. You have to know how to fend off these enemies too. Most of the action in the game takes place in the village and its castles. In a manor, you will look for the mutant called MacGuffin. Then after this mission, you will get several other small and main missions in the game.

Lady Dimitrescu is one big lady. She is the main boss whom you have to fight. Also, she is one of the dangerous villains you have ever faced. But the other villains are also memorable. They have lots of conflicts in-between them that are part of the plot. This is way more interesting than the character of Ethan Winters which needs more spice.

This is the review of Resident Evil Village. Play the game and share how you feel about it.