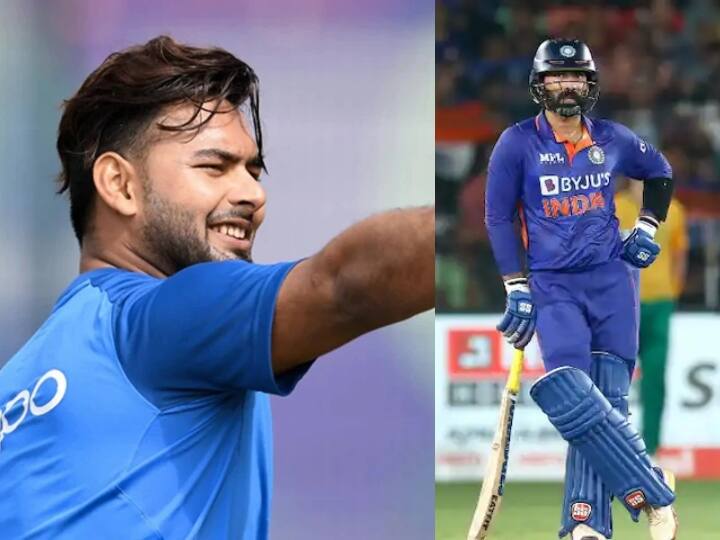 The Indian Cricket Team made a contentious choice in the final second. For the explosive match between India vs Pakistan. The management benched Dinesh Karthik in favour of Rishabh Pant. This action astonished everyone.

This is because Karthik rarely played significant deliveries. In order to make an impact with the bat. Karthik would be perplexed if he was suddenly dropped from the team. And had to compete for a position once more.

Dinesh Karthik is known for his finishing skills. Whilst Rishabh Pant is noted for his ability to accelerate in the middle over phase. Both of these athletes have their strengths and may be quite effective at any time. Karthik has been a part of the team for the past 15 years, and we shouldn’t forget that. He is aware of the type.

While speaking with ESPNcricinfo, Robin Uthappa insisted on bringing up Dinesh Karthik in order to make a point.  “My thoughts have always been the same. I think DK should play because he is a finisher. You need him to play that role. You can have Deepak Hooda play that No.5 role that Rishabh is playing at this point in time. Becau

se you have to consider that Rishabh’s success in T20 cricket has come when he has batted in the top four.”

Perhaps the Indian Cricket Team is overlooking the need for a good finish. The club boasts a superb top-order with KL Rahul, Rohit Sharma, and Virat Kohli. But they lack solid pinch hitters. Hardik Pandya needs assistance since he cannot continue to perform acts of valour on his own.

Either utilize Rishabh Pant as a floater in the top order. Allowing Suryakumar & Hardik to play freely. Or designate Dinesh Karthik as the finisher.

It appears doubtful that these two will team up since Hardik is still developing as a fifth bowler. The combo of Rahul Dravid and Rohit Sharma must be cautious here as one more bad choice will terminate their participation in the Asia Cup 2022.