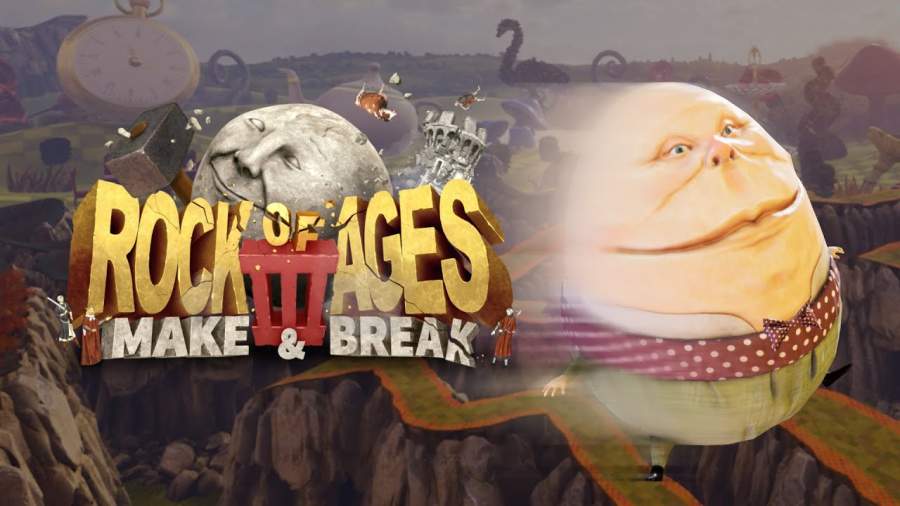 Rock of Ages is a popular video game that contains tower defense and attacks. The developers of the game are ACE Team and the publishers are Atlus USA. The Rock of Ages 3 release date is out now. It will get released with the title Rock of Ages 3: Make & Break.  There is also a new gameplay video released for the players. So know all about the game here. Find out about the new features and the other developments of the game.

Many interesting updates are waiting for you.

The release date set for Rock of Ages 3: Make & Break is June 21, 2020. It will get released on platforms such as Nintendo Switch, Google Stadia, PC, Xbox One, and Playstation 4. The game was actually set to release on June 2 however it got delayed. The new series will consist of the single-player campaign, multiplayer options, and other improvements.

The Rock of Ages game includes towers and a rolling stone. The player has to utilize the large boulder to damage the castle of the enemy. They can make use of many strategies available in the game. The game also contains many obstacles that the players can use to safeguard their own castle from the enemies. There will be buildings, windmills, and dynamites to pose as obstacles.

There are also story modes available in the game which the players can choose. Moreover, there are also different types of eras available such as Ancient Greek, Medieval, Romantic, and Renaissance. The theme of the game changes according to the time period chosen.

What we can expect from Rock of Ages 3?

The fun and enjoyment which was present in the previous series will still be there in the new one. We can expect some new blend of tower defense strategies. The players will be able to use the boulder to damage the towers of the opponents. The historical period in the games will appear unique and interesting. The Monty Python-esque will also be available.

The players will get the power to design the levels as there is going to be an easy to use editor. They can also play six unique game modes such as the Avalanche mode and Humpty-Dumpty Mode. There is both a single as well as multiplayer modes for the convenience of the players. The creators also revealed that the game will contain legendary characters. Have a look at the game video to know more about the gameplay.

Rock of Ages 3 will certainly help you to have a good time. Some excellent features are present in the game to make it more fun and entertaining. You can play the game with friends and strangers online.