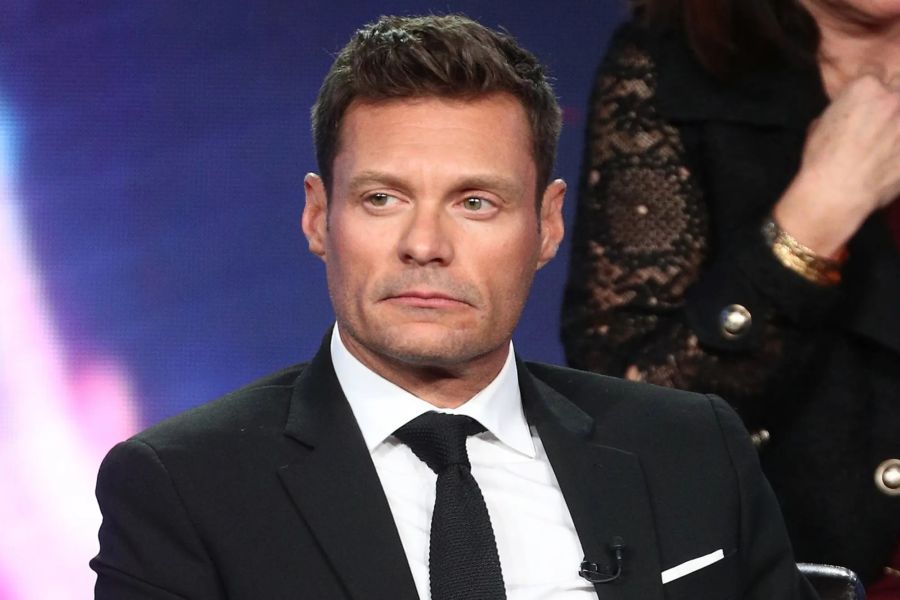 Some of his serious relationships include Julianne Hough, and Shayna Taylor and many popular women. Find out all the details about it.

From 2003 to 200 Ryan Seacrest girlfriend was the popular model Shana Wall. They came together at the 2005 Emmy Awards. But they later became amicable exes because they were clicked together in 2016 together at New York City.

Ryan Seacrest caught kissing Teri Hatcher in March 2006. She is one of the popular faces of the Desperate Housewives but according to her there was nothing serious in it. She revealed that Ryan called her later and said that “I don’t think I can do this with you.” and she did not see him after that. So the stuff that was in the media was an exaggeration. But when people asked why Ryan ended things with her she joked “I don’t know. I ate too much lobster? You’d have to ask him”.

Ryan began to date Jasmine Waltz in 2009 after they met in the West Hollywood lounge called Guy’s. Then they were spotted together on many occasions which started the rumours about the date. Plus they were viewed at upscale restaurants. Also, they were in contact till 2014 but their relationship ended.

Ryan Seacrest girlfriend during these years was model Renée Hall. Their relationship was going on well but it did not last long. But they two certainly looked good together.

After his quick romance with Renée, Ryan Seacrest began to date Hilary Cruz. She is the Miss Teen USA and the pair hit it off very well. The pair met during the fortieth birthday of Seacrest. In their new relationship, they had a lot of fun but it did not last long because Seacrest patched up again with his love Shayna in 2016.

Ryan and Shayna first began to date in 2013. She is a TV star ad social media blogger who is seventeen years younger than Ryan. Also, they dated for nearly a year till they took broke up in late 2014. But they both reunited in 2016 again and they were together for three years until their second breakup in 2017. They moved together to New York City in 2017 but still, nothing worked.  Again they seemed to have gotten back together when they attended 2019 New York City Ballet Fall, Gala.

They coupled were good together and even celebrated their third anniversary in an episode of Live in May 2020. But they finally spilt and it came as a surprise to their fans.

In May 2021 Ryan Seacrest was out and about with Aubrey Paige during the Memorial Day weekend. Then they were also photographed together after they returned to New York City’s West 30th Street Heliport. We could see the chauffeur unpacking their trunks and loading them onto the vehicle. Once Paige also shared a picture on her Instagram where she was seen relaxing in the pool of Ryan’s $85 million L.A. mansion.

She was wearing a glamorous leopard print bikini. Seacrest is also one of her followers. But an insider commented that the couple is trying to keep their romance low-key.

It seems they have definitely gotten closer. Ryan Seacrest can imagine his future with the beautiful Aubrey. But he does not want to jinx because the relationship is going smooth. Also, he has not popped the question until now but his connection with Aubrey looks like it will last.

What is the net worth of Ryan Seacrest?

Further, in 2017, he started to co-host “Live with Kelly and Ryan”. Because of his great hosting talents, he has hosted the red carpet events like the Emmys and Academy Awards. Over time he began to serve as the executive producer of the top shows like “Keeping up with the Kardashians” and his many spin-offs. His businesses include Ryan Seacrest Distinction line of clothes available at the Macy’s and his skincare line Polished for Men.

Ryan Seacrest purchased a home from Ellen DeGenerous for $36.5 million. After that, he paid $2 million for a property next door. It is a 9,200 square foot home on 2.87 acres consisting of nine bedrooms, a pool, attached guest houses and a lot more.

Outside of Los Angeles, he owns a home in Napa, California, New York City, Italy and a lot more.

Ryan Seacrest is a great catch for a boyfriend because he is one of the richest guys in the world. But he is also a great man because he is kind and generous.

Also read: Who Is Richer Jordan Peele Or His Wife, Chelsea Peretti?