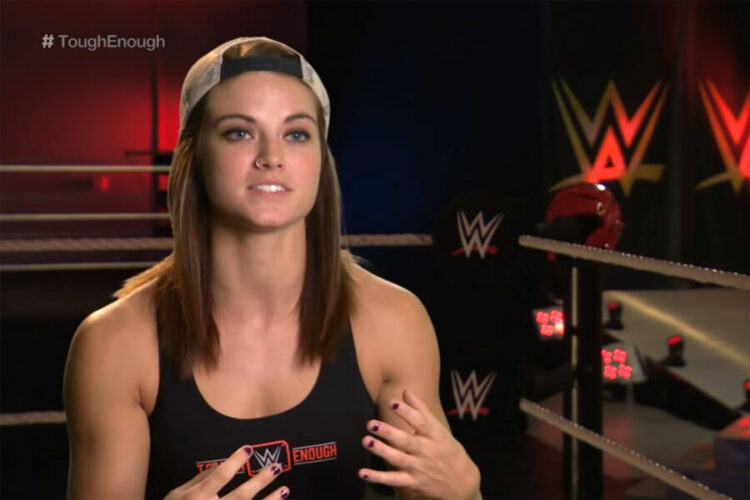 Sara Lee, the winner of the reality show “Tough Enough,” has died; according to World Wrestling Entertainment, everyone in the industry is very sad, and all their prayers and blessings are with her family.

Lee was 30 years old when he died, and authorities are still trying to figure out what killed her. Lee, a native of Hope Township, Michigan, grew up idolizing powerlifting and eventually auditioned for “Tough Enough.”

“It is with heavy hearts that we convey the news that our Sara Weston has gone to be with Jesus,” Sara’s mother, Teri Lee, stated on Facebook. ” We respectfully request that you maintain our privacy during this difficult time; your prayers are especially needed for Cory and her children.

Wrestlers competed for a WWE contract on the reality show “Tough Enough.” Lee won the sixth season and received a $250,000 WWE contract and a one-year contract as the show’s winner.

Ms Lee was from the same-named town in Michigan. Her husband was Cory Weston, formerly known as Wesley Blake in WWE.

Terri Lee, Ms Lee’s mother, wrote on Facebook on Thursday, “We are all in shock, and arrangements are yet incomplete.” Please respect our family’s privacy during this difficult time. At this time, our prayers are especially needed for Cory and her children.”

Her most recent Instagram post was two days ago, in which she recounted how she had worked out for two days in a row despite having a sinus infection.

Sara Lee boasted about her toughness in her 2015 YouTube submission video for WWE’s “Tough Enough.”

Following the axe demonstration, she asks the audience, “Are you tough enough?” “You won’t get very far if you aren’t tough enough to survive where I came from.”

The wrestling community remembered Sara Lee after her death

Tough Enough was revived by WWE twice: initially for a fifth season in 2011, and again in 2015 for a successful sixth and final season broadcast live from the WWE Performance Center.

Furthermore, powerlifter Joshua “Josh” Bredl and wrestler Sara “Sugar” Lee were the year’s runners-up. Lee was the winner of the competition and had a one-year contract with WWE.

While she made her ring debut alongside fellow Tough Enough star Mandy Rose, her contract was eventually terminated in September 2016.

Lee is the wife of former WWE wrestler Wesley Blake and the mother of three children.

Sara Lee was born on June 7, 1992, in Hope Township, Michigan, in case you were wondering. She’s been lifting weights since she was a teenager. She competed in and won Tough Enough Season 6 with Josh Bredl in June 2015. Lee made her NXT brand debut the following year, in January 2016, after signing a $250,000 one-year contract with WWE.

She fought in seven more matches before being dismissed by WWE in September 2016. Lee married fellow WWE superstar Cory Weston, better known by his ring name Wesley Blake, in December 2017. The couple is the delighted parents of three children.

Also read: What is The NIL Program of WWE to Find The Next Superstars?