Sara Molina Shows the Fruitful Labour of The Surgery Through Pictures 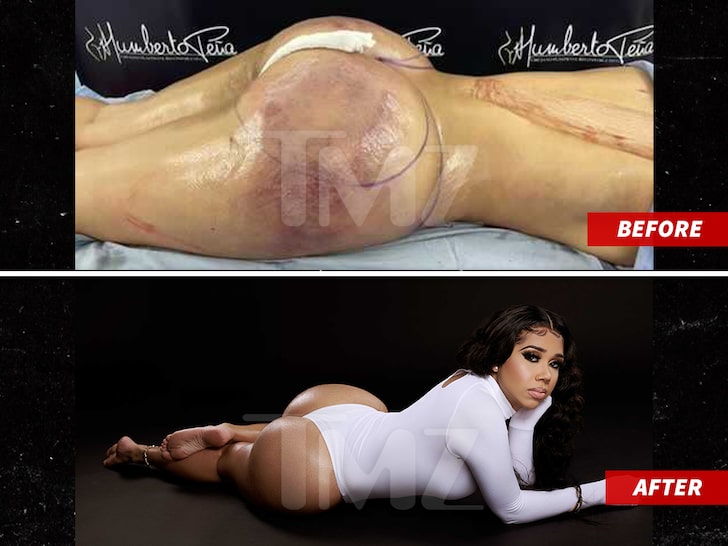 Tekashi 6ix9ine’s baby mama is up and running after her plastic surgery scare in Colombia. However, now that she is back in the state, she is showing off her makeover. 69’e baby mama also goes by Sara Molina. She has recovered from her Brazilian butt lift. Furthermore, she also got a 360 liposuction. Her manager has revealed some pictures of her post-surgery. The pictures show the fruits of the plastic surgeon’s labor.

The source revealed that Sara had multiple sclerosis. So she has a bit of bruising. However, she is owning her body. She says that she feels great. Hence, she has set her mind to get over the MS flare-up. She considers her continuous massage routine to play an effective role.

The source said that Sara’s body had a severe reaction to the surgeries. When she got her MS, she was in excruciating pain. Moreover, she could not even lie flat during the recovery process. Moreover, she ended up needing a special recliner to facilitate recovery.

However, now that she is feeling comparatively better, she has started taking a driving license. She will be availing her first driver’s license in NYC. Furthermore, she is about to inaugurate her own line of CBD products.