Have You Seen The New Teaser Trailer for Scream VI? 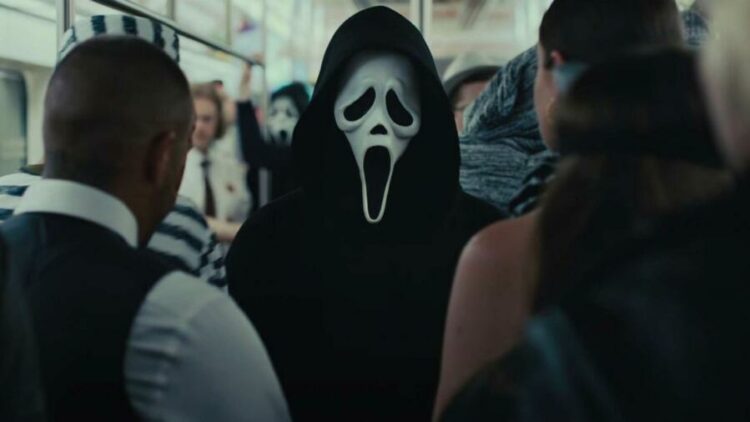 Prepare to yell your lungs out once more! The first teaser trailer for Scream VI, the latest instalment in the successful slasher film series, has been published by Paramount Pictures, and it promises to be just as horrifying and exciting as the previous films in the franchise.

The new film will be a direct sequel to SCREAM (2022), but instead of taking place in Woodsboro, it will take place in New York City, with Ghostface hunting down familiar and strange characters. Keep reading to watch the movie’s trailer and learn more about it.

After Sam and Tara escaped and dodged more of Ghostface’s strikes in the previous film, the trailer suggests that the assassin pursued them to New York City. We see the twins and their companions hanging out on the subway, and soon a band of people wearing Ghostface masks enters the scene.

When the electricity goes out, the terrible killer focuses his attention on one woman. The release date for the film is slated for March 10, 2023. Check out the scary preview below.

“There’s something eerie and foreboding about Scream,” someone else said. It’s full of life and moving in a specific direction. Everything about this crowded railway situation feels unsafe and mysterious, and the characters all appear to share that feeling. This is why I enjoy seeing these films. A Scream of Ar

Shooting has been done in New York City instead  of Woodsboro

The plot of the film will be influenced by the original SCREAM (2022). After the events of the previous film, Sam and Tara, together with their twins Chad and Mindy, decide to leave Woodsboro and start over in New York City.

SCREAM also reveals that Sam is the illegitimate kid of one of the original killers, Billy Loomis. She’s concluded that New York is the best place to hide her identity. Ghostface, on the other hand, isn’t letting them go as easily as they’d thought.

Scream VI will see the return of some original cast members

Neve Campbell, who plays Sidney Prescott, will not be returning. In response to Campbell’s absence, Ortega recently stated, “you know, it’s good because there’s still a protectiveness in the script, and it’s something that the players naturally have over her because obviously we respect her, and we want the best for her.” Nobody can ever forget her, and no one can ever replace her.

Also read: The Definition of Spotted Lanternfly and Why it Takes $22 Million To Squash Them