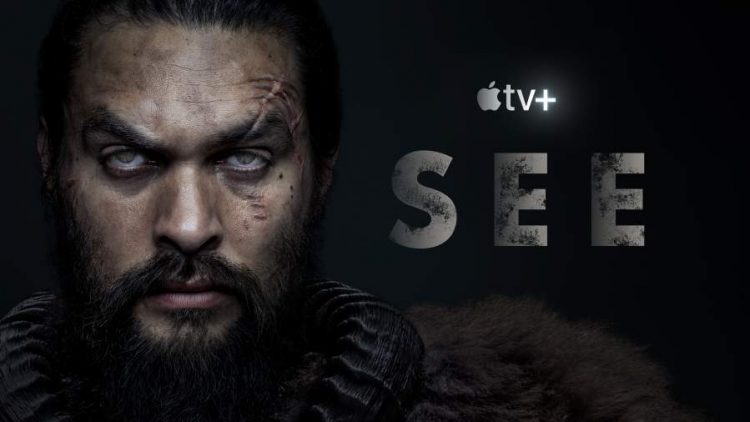 See is a popular science fiction series made by Apple TV+. It has some of the famous actors in leading roles such as Jason Momoa and Alfre Woodard. The writer of the series is Steven Knight and the director is Francis Lawrence. The series released on November 1, 2019, and now there are talks of Season 2. It received favourable reviews from the audience and the fans are waiting for the ‘See’ season 2 release. Know more details about the series here.

The release date of See Season 2

The second season is in the production calendar however because of the coronavirus pandemic the release will get delayed. So we have to wait for some more time to get more updates on the series.

The plotline of See

See is set in a dystopian future where people are blind and have little understanding of past events. They try hard to survive with their tribes in the harsh world. The man named Baba Voss is serving as the chieftain of the clan named Alkenny tribe. He decides to marry a newcomer of the clan named Maghra a pregnant woman. As Baba Voss does not have children he adopts her children. The names of the twins are Kofun and Haniwa and surprisingly they are born with the ability to see.

The Queen of Payan Kingdom hears about the twins and wants to get hold of them. She comes up with evil plans to get the twins to use them for her own selfish reasons. Baba Voss does all he can to save the twins from the Queen and the evil Witchfinders.

He (Jason Momoa) is the powerful warrior of the Alkenny tribe. He becomes the adopted father of Kofun and Haniwa.

She is the wise old woman of the Alkenny tribe. She is like a mother to Baba Voss.

She is the ambitions Queen of the Payan Kingdom who plans to get hold of the twins.

She is the newcomer of the Alkenny tribe who gives birth to Kofun and Haniwa twins with the power of sight.

He is an evil man who is serving as the Witchfinder General of Queen Kane’s army.

He is the adopted son of Baba Voss who has the ability to see. His biological father is Jerlamarel.

She is the adopted daughter of Bab Voss who has the ability to see. Her biological father is Jerlamarel.

The season one ended with Maghra and Queen Kane becoming the joint rulers of the Payan Kingdom as they are sisters. They reveal to the crowd that the Tamacti Jun has committed suicide because of humiliation. Baba Voss, Kofun, and Paris are searching for Haniwa.

So in season two we will get see how the family will reunite. Baba Voss may fight with general Edo to save his daughter. As Maghra is the rightful ruler of the kingdom will her sister try to harm her life? Only season 2 can answer this question.

See is a fantastic dystopian tale. The creators may also show us how humans lost their sight in the upcoming seasons. So it will be really amazing to know what happens next in this unique tale of survival and familial bonds.

Also read: Aquaman 2: This Is What We Know So Far About The Sequal