Sexy Emojis To Take The Chill off 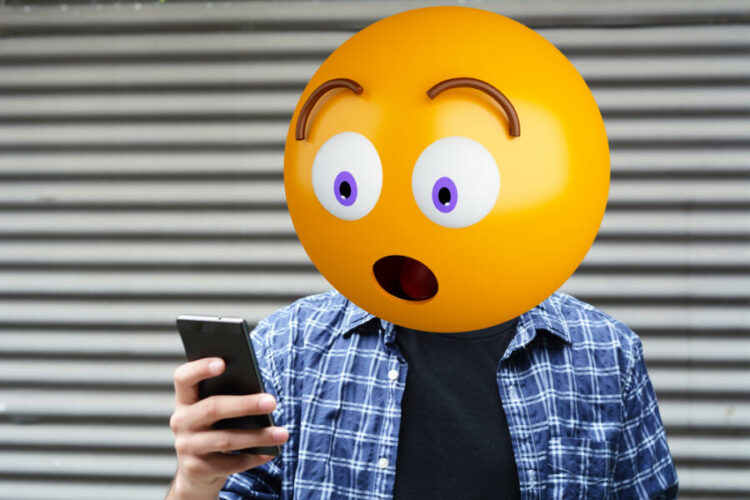 You have at least used one emoji today. If not definitely have seen one today. Emojis took up a large space in our daily life. Emojis are created to be fun, and light-hearted and to disseminate a broad sense of emotion or expression which sometimes words fail to do. Also, emoji has their language. However, emojis represent us. Now, have you ever thought a small cute-looking emoji can also have a darker side and in fact, can be used to express your darkest fantasies?

Not only that, these little emojis can turn your boring conversation into a sext chat. Want to know more about how these sexy emojis can lighten up your dull conversation, read the whole article to become shell-shocked.

These emojis can be used to represent phallus to arouse the soul of your counterpart. It can be any emoji that is larger and sexy in looking. I don’t even need to spell words for these sexy emojis. One thing you need to keep in mind is no emoji expression is definitive. It depends on your imagination as long as it makes sense to other people. Use at your convenience and flatter your recipient.

Here are Some Emojis You can Experiment:

Contrary to what we have seen in phallus-looking emojis, these sexy emojis represent the female vagina.  There are so many possibilities though still as per convenience it needs to be understood. Not only in terms of shape but sometimes as a symbol, some emojis can be used to tell your partner that you are ready for some nasty stuff.

The whole fantasy will break down, you just need to be ready for that. Discover with us some symbolic emojis for female genitalia. As your preference choose one.

Some Emojis to experiment

Here are some Interpretations

What can be better than using emojis to depict or praise your partner’s body part? Letting your partner know that you crave her body is something everyone should look forward to. Let these emojis take part in your conversation and discern your longing.

Here are some Hidden Body Emojis

Take your sexting to another level. Make it approachable. This combination can depict your longings without words. Use different emojis to create a detail. The more you use the hotter it gets and can infer a make-out.

Here are some kinky gestures for your recipient :

These sexy emojis represent the ultimate climax of your se*xting. You can use such emojis to portray how excited you are. Also, they can be used to complement each other. If you are feeling aroused, you can easily tell your partner by using these emojis.

😵🍆- Combination of Gasping Emoji and Eggplant

Another Set of Sex act

To get inside one should ring the bell first. What we see as the first initial of the sex act. No doubt emojis made this activity easier. If you are asking for a day or make-out activity to your recipient, these emojis can make the work done for you. And trust me, the whole time these sexy emojis were under your nose. Let’s find out this kinky stuff with hidden symbols.

Here are Some Unexpected Codes for your Emojis

🍑👋-  the combination of peach and hand gesture as spanking

Except these there are some face emojis such as drooling(🤤), smirking(😏), evil smiling (😈)pleading face (🥺), and so on. As long as your imagination goes, it could be well used as your sexy emojis. There are no such sex emojis in the market yet. Could happen in the future but not now. So, to restore that need we have just mentioned the best tools to temper and power up your relationship.

Next time when you will be sending emojis to someone it could be quite confusing. But don’t worry different associations makes things different. So go bold! Context your emojis with a little imagination. Lastly, Don’t forget to give a little thanks to your emojis for making your DM more quirky. Cheers!

Also read: Did The Robber Emoji Ever Exist?