The Pasoori Star Shae Gill: Everything you need to know about her 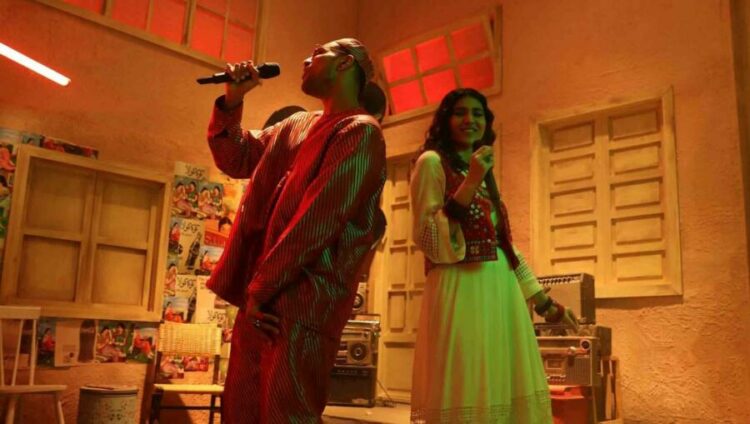 Shae Gill and her first single, “Pasoori,” was released in 2022, catapulting her to stardom as a Pakistani singer. Pasoori by Shae Gill and Ali Sethi is the latest Coke Studio episode, and it features both of their vocal talents. The song “Pasoori” was a big hit in Season 14 of Coke Studio.

Because of how infectious it is, everyone seems to be listening to this song, which features Ali Sethi. The song’s catchy lyrics and rhythms propelled it to the top of the charts quickly.

Shae Gill’s success with this song catapulted her to stardom, and her fans were eager to learn more about her.

There isn’t much information about Shae Gill available, but we’ve included what we do know in our article below. So, let’s get started!

Shae Gill in Every Detail

Anushae Gill, better known as “Shae Gill,” is 23 years old. Shae Gill, who was born in Pakistan, has always loved music. As a result, she began singing at a young age.

Ali Sethi, who performs with Gill in Pasoori, has dubbed her the “Dua Lipa of Pakistan” due to her incredible vocal talent.

“What a song it is; I have thoroughly enjoyed it Ali Sethi,” the actor wrote on Instagram. “Shae Gill,” for example. “Your voice is fantastic, and you did an amazing job,” he says in the video.

Shae Gill, as far as we can tell, is a student at Forman Christian University. Gill joined Instagram on the advice of a friend and began her career as a musician there. She’d record herself singing whatever came to mind and post it on Instagram. However. on 5/17/2019, Gill posted her first Instagram image. She shared a video of herself singing a cute song.

We now know a little bit more about Shae Gill thanks to a recent interview with Spotify. Gill, 23, introduced herself as a “23-year-old artist from Lahore” in a Spotify video. The Pasoori singer explained that she first began making music in her best friend’s dorm room.

She stated, “It all started in my best friend’s room at the hostel where we were staying. We had just started making videos when Shae Gill was born.”

When asked where her musical inspiration comes from, the singer replied, “I’d say people who live life passionately.”

When asked about her performance in Pasoori, she described it as “a whole lotta fun”

Her devoted fans will be overjoyed to learn that she is looking forward to working on her upcoming album with the Urdu rap duo Young Stunners and the brilliant A.R. Rahman. Gill anticipates a busy year as well. Her declaration was prompted by her desire to begin writing and studying classical music.

Also read: The Mystery Behind ‘The Lambs’ On “The Masked Singer”