The Mystery Behind ‘The Lambs’ On “The Masked Singer” 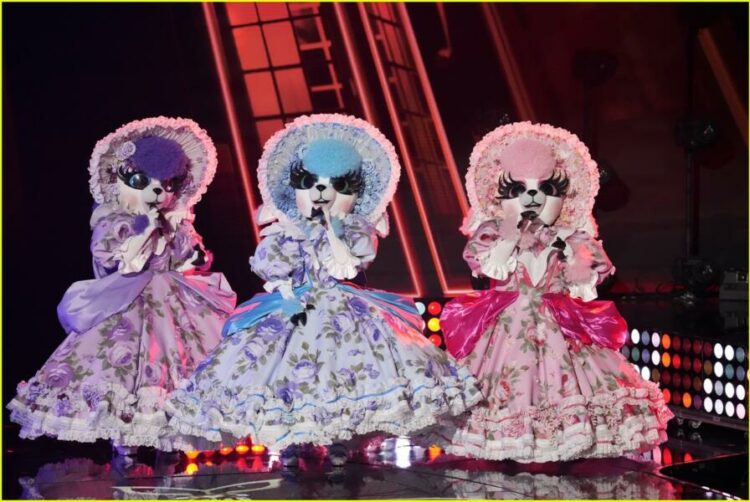 The Masked Singer Season 8 is intensely amusing the audiences. With double eliminations every week, 22 contestants total and two trips, things are getting really exciting on the show. One trio, “The Lambs”, has magnetized all the attention of the fans. The credit goes to the three extremely cute and precious costumed singers. “The Lambs” has aroused the curiosity of the audience.

In fact, the clues imply that there is a trip of some powerful celebrities behind these adorable-looking lambs with gorgeous eyelashes. Let’s dig into the clues and predictions because we may find the answer.

What is “The Masked Singer”?

The Masked Singer is a reality show. Based on the Korean format “King of Mask Singer”, this American reality show is surpassing. It is on a whole other level. The dynamics of the show are very interesting. The performers who enter the stage are all celebrities dressed in vibrant costumes from tip to toe. The contestants’ identities are camouflaged. The performers are steeped in this incognito form, which is precisely what makes the show even more fun to watch.

Their real identities are tucked away from the host, panellists, audiences and other contestants. In fact, only when they are finally eliminated do we see them through their disguises. Only at the moment of elimination can they reveal their so-long concealed identities.

The popular American show has advanced to the eighth season. This week, the introduction of a trio called “The Lambs” dawned upon us. In fact, there are some surprisingly powerful chords behind these cute costumes. The trio performed outstandingly throughout this episode. Thus, the trio’s sheer performance has knocked out the Robo Girl.

Come, let’s decode and demystify the identities of The Lambs from the clues we have at hand.

On the show’s official Instagram page, we witnessed a mask-ray showing a milk bottle underneath the costume. There was a clue that they “Can’t let go” as the trio walked onto the stage.

In fact, when they first appeared on the show “The Lambs” stated that they grew up with Miss Piggy and each other. Moreover, they divulged that they had been Beverly Hill besties since day one. There are also a few other clues. They are the following :

Following their performance, “Miss Piggy” asked them about the greatest celebrity they had ever worked with. The answer that came was Paul McCartney.

Nicole Scherzinger, the judge, guesses that they might be the band HAIM. As for Robin Thicke, another judge, it could be the country music trio ‘The Chicks’. The audiences are 98% sure that it is  Wilson Phillips since all the clues align with the trio.

In fact, Wilson Phillips is from LA and has earned success on both sides. Thus, the audiences speculate that it is none other than singers Chynna Phillips, Carnie Wilson and Wendy Wilson of Wilson Phillips.