The Real Story Behind The Ghost of ‘The Conjuring’, Bathsheba Sherman 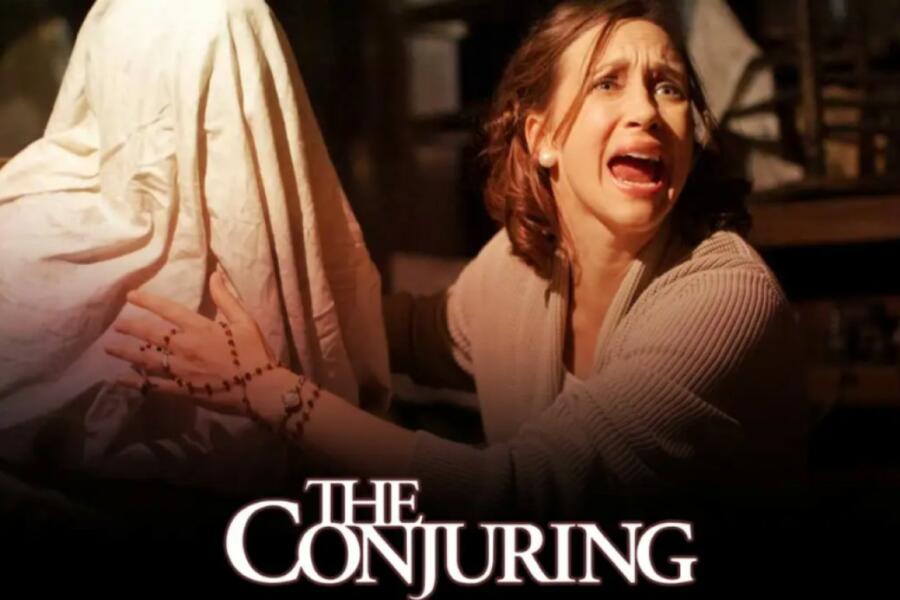 There was a real woman named Bathsheba Sherman who died in Rhode Island in the year 1885. So, how could she have been depicted as a baby-killing witch in the horror movie ‘The Conjuring.’ But this horror film is not a fictional story, as the demon depicted in this film is real.

According to some sources, the demon was a witch, and she worshipped Satan and died during Salem Witch Trials. Some people even believe that the demon Sherman even murdered kids in 19th-century Connecticut.

Who was the Bathsheba Sherman in Real World?

In ‘The Conjuring’, one can see the most haunting demon and witch, Bathsheba Sherman. She was born in 1812 in Rhode Island. She married the man Judson Sherman, a Rhode Islander in Thompson, Connecticut, on 10th March 1844. Vernon Stiles made the couple get married, and he was the local justice of the Peace.

The couple led a normal life in which Bathsheba was a housewife, and Judson did his farming job on his land. The couple even had a son named Herbert L. Sherman. He was born when Bathsheba was 37 years old in the year 1849. According to some reports, the couple even had three other children. But all of them didn’t survive after the age of seven. There is no proof about these children to confirm these reports.

Local legends believe that Bathsheba killed her other children using a large sewing needle. She prayed to Satan and killed her children by pushing a sharp needle into the infant’s skull. After this incident, the locals in her place began to speak that she killed her infants as an offering to Satan. But there is no proof for such things to confirm this mystery.

According to Lorraine and Ed, Bathsheba even promised to haunt the people who would occupy her land and home. The Perron family even contacted this couple, who shifted to this property in 1971. They even said that the household items suddenly began to vanish like magic. Also, there was a female spirit that troubled their children during nighttime.

One could find Bathsheba’s grave inside the Harrisville Cemetery, and her farmhouse is open for tourist reasons. It is mainly for ‘The Conjuring’ fans all around the universe.

When and How Did the Bathsheba Die?

Based on Andrea Perron’s book, Andrea mentioned the witch, Bathsheba, based on her mother’s report. Andrea’s mother, Carolyn, told the local historians that Bathsheba was beating and starving the people who hired her farmlands. It was one of the Sherman Farm staff whom Bathsheba starved and beaten badly.

Sherman died in 1885 after, four years of her husband’s death. Some reports have facts about how her body turned stone after she perished. Also, the witch was suffering from a rare type of paralysis. It was a strange form of paralysis that scared even doctors. Soon after the death, people noticed paranormal activities inside her house and all over her property.

Furthermore, all four children died before the age of four or seven. But her only child, Herbert L. Sherman, lived as a farmer and even had a family. Moreover, Bathsheba lived to see her son Herbert’s marriage after her husband’s death. Her son married his fiancée, Anna, in 1881.

So far, one can find information about her three children without any official record. Such children were Julia, born in 1845; Edward, born in 1847; and George, born in 1853. Most importantly, these children might die before conducting the next census.

How Did the Perron Family Find Out the Spirit Haunting was Bathsheba Sherman?

The Perron family’s explained some unusual facts to the paranormal investigators, Ed and Lorraine Warren. Based on Carolyn’s reports, it was clear that the haunting spirit was Sherman. One day, when Carolyn was sitting on the sofa, she suddenly felt a piercing pain in her calf.

She even noticed blood at the point of pain. But no insects or bees cause such pain in her leg. Thus, in her daughter’s book, they mentioned the wound as a perfectly concentric circle like a large sewing needle forced into her skin.

After explaining this incident to the investigators, this story is similar to this tale. Because the witch killed her children using a sewing needle. Thus, Lorraine suggested that Bathsheba could be the reason behind this story. Using this incident, Lorraine explained the demonic presence of Bathsheba in the Perron house as the ‘House of Darkness, House of Light.’

Whether ‘The Conjuring’ Based on The True Story?

Based on Andrea Perron’s reports, there was a clear sign of the presence of the witch in her house. Ed and Lorraine Warren began to collect all such information, but still, skeptics have many reasons to dismiss such facts as being not true. So, the story of ‘The Conjuring’ has this concept somewhat but exaggeratedly. Still, the true story behind ‘The Conjuring’ stays a mystery while Andrea is ready to provide all the terrifying details about Bathsheba.

Even today, Andrea feels scared to talk about Bathsheba, and people can believe it or not, as it was their wish. But in the movie, the story had several additional things like adding blood, replacing the séance, etc. Without ‘The Conjuring’, people will not come to know about the haunting spirit ‘Bathsheba Sherman.’

For some people, Sherman turned into a stone after death. At the same time, others believe it to be a rare form of paralysis that made her die. Thus, Sherman’s story looks like a supernatural story.

Also read: La Llorona: Is That a True Story About This Weeping Woman of the Southwest