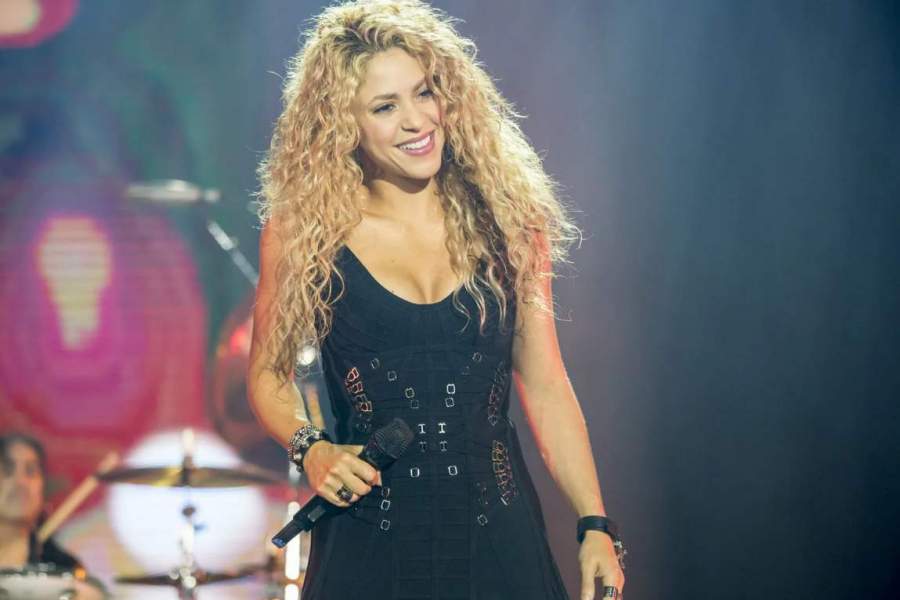 Shakira Isabel Mebarak Ripoll is a well-known Columbian singer, record producer, dancer and philanthropist. She has got the name as the Queen of Latin Music. Moreover, she is famous for her two Colombian albums titled Magia and Peligro. Then she became prominent for her songs in Hispanic countries also. She has received lots of awards for her albums. Also, she sang the “Waka Waka (This Time for Africa)” which became very popular. Then she served as a coach for the show The Voice. Shakira age is forty-three.

Know all the details about Shakira Bio and Life story here.

The birthplace of Shakira is Barranquilla, Colombia and her birth date is 2 February 1977.  The names of her parents are William Mebarak Chadid and Nidia Ripoll Torrado. She has eight elder half-siblings. At her young age, she wrote a poem titled “La Rosa De Cristal/The Crystal Rose”. After that, she continued to write poems all her life. Moreover, she also had an interest in belly dancing from a young age. Then she was able to meet theater producer Monica Ariza who assisted her in her career. Shakira work hard with her fitness trainer Anna Kaier to keep herself in shape.

Shakira debuted with the album Magia. She recorded the song in Sony Music Colombia in 1990. She was thirteen years old at that time. The songs are the ones she collected when she was eight. Then she released the album in 1991. Eventhough it did not do well Shakira became a recognised artist. She took a hiatus in the middle and came back to star in The Oasis.

– Her breakthrough in Latin

Shakira went to record music in Sony Music and with Columbia Records in 1995. She recorded songs like ¿Dónde Estás Corazón?”, Pies Descalzos, “Un Poco de Amor” and more. Other Shakira songs in Spanish that became famous in English countries are “Ciega, Sordomuda”, “Octavo día”, “Inevitable” and others.

After getting success in Dónde Están los Ladrones? Shakira started to work on her English albums. Her album Laundry Service became a hit and got a good position in the Billboard charts. Some of her famous songs during the 2000s are “We Are One”, “Waka Waka (This Time for Africa)”, Sale el Sol, “Can’t Remember to Forget You”, “La Bicicleta” and more.

In 2000, Shakira started a relationship with her Argentinian lawyer Antonio de la Rúa. But, after ten years of relationship, they separated. On 2011 she started to date Spanish football player Gerard Piqué. Also, Shakira’s partner is ten years junior to her. They have two kids Milan and Sasha. Shakira’s height is 1.57 m.

The net worth of Shakira

Shakira is rolling in millions. Shakira net worth is $300 million. She lives in $5.5million home in Barcelona, Spain. Moreover, she has three Mercedes eventhough she needs help to park. She also owns an island and travels in her private jet. She and her hubby own a luxury villa in Cyprus. What more could one want in life?

Shakira is a great singer. She is also spending lots of time in philanthropy.