Sharna Burgess Responds To The Hate Comments About Her Baby Bump 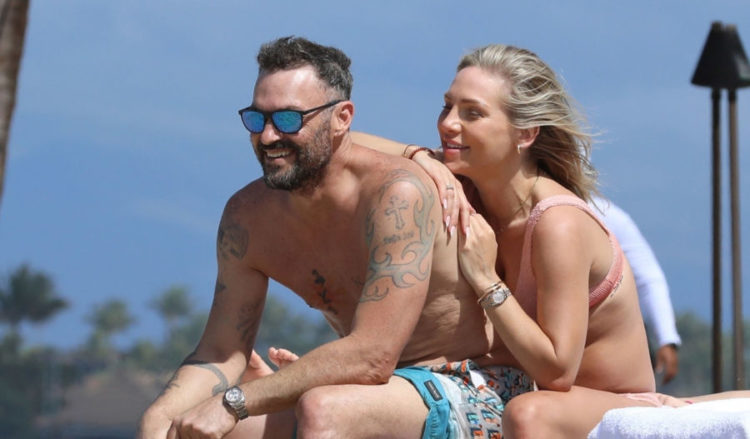 Sharna Burgess recently appeared disgusted with people on social media. Burgess is a well known professional dancer on Dancing With the Stars. Nowadays, celebrities and other public figures remain connected with their followers on various social media platforms. Moreover, cameras follow them everywhere. Therefore, even the smallest development in their lives are now made public. As a result, their images and videos receive different reactions from the public. However, at times, some of these reactions cross the limit of human tolerance. Similar is the case with Burgess.

Sharna Burgess has recently reached the 30-week mark in her pregnancy. Recently, a few pictures have surfaced on the media, which show off her baby bump. Some people called her baby bump “disgusting.” These reactions from people occasioned some strong comments from Burgess. Read this article to know more about the incident.

The world is already aware of Sharna Burgess’ relationship with her boyfriend, Brian Austin Green. Brian is an American actor. Sharna is expecting her first child with Brian. In fact, she has reached the 30-week mark in her pregnancy. In Los Angeles, cameras follow this couple everywhere. As a result, numerous images featuring the two have been made public.

The recent photos show Sharna Burgess in an advanced stage of her pregnancy. Her baby bump appears pronounced in these images. Like any would-be mother, she is excited. At the same time, the 36-year old professional dancer is very proud of her body right now. In an Instagram story, Sharna commented that she does not like being photographed by paparazzi at her “most unflattering angles and moments”.

Yet she added that she is very proud of her “belly.” In fact, from the early stages of her pregnancy, she has been posting her photos with her baby bump. All those pictures show how happy she is.

However, apparently, some people are labeling her as “gross” and “disgusting” for publicly showing her bare belly. All these have disturbed her a lot. She is unable to understand why those people who praised her when she was fit, are now hating her when she is pregnant. She commented that people liked her abs and midsections when she was fir. But as soon as she got pregnant, their love turned into “disgust.” This has puzzled her a lot.

Sharna Produces Screenshots of The Hate-Comments

Celebrities and public figures generally ignore the comments made by the public. But at times it becomes too much to bear. Something similar happened with Sharna Burgess. The comments about her baby bump became too much for her. Therefore she spoke about it clearly.

In her Instagram stories, Sharna shared the screenshots of people calling her “disgusting.” Sharna wrote that these comments were not only from men who treat women as “sexual objects.” The hate comments also contained comments made by women. She added that even “mothers” made such comments.

Some women commented that they never wore such “disgusting” dresses during their pregnancy. They even went to the extent of commenting that Sharna was showing off her pregnancy. These comments also labelled her appearance as “gross.” This has hurt Sharna Burgess a lot. She added that the comments didn’t hurt her so much, as she is “pregnant and proud.”

She also confirmed that she will continue to post pictures of her baby bump. What has pained her is that women have made such comments. Motherhood is a proud event for women. She argued that women should have celebrated motherhood. They should have stood by her side. Instead, they are making negative comments. This has confused her.

In the story, she admitted that staying fit needs a lot of hard work. But her body has worked harder than ever during her pregnancy. Therefore, she added that she is proud of her body. Sharna Burgess claimed that pregnancy is no crime and that she would not hide it. She concluded by adding that calling pregnancy “disgusting” is in itself a disgusting act.

Also Read: What Happened To Belle Delphine? Why Is She Not Available On Twitter?