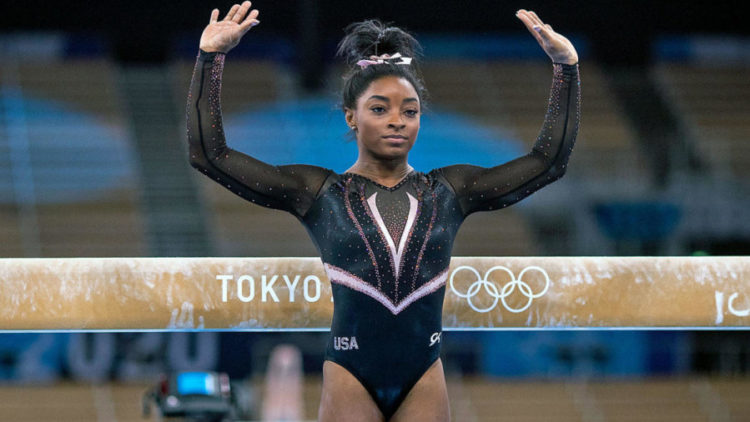 In August 2020 the Olympic champion Simone Biles revealed to the world that she has a new boyfriend. He is the twenty-six-year-old Jonathan Owens who is a safety for the Houston Texans team. The cute couple looked comfortable with each other in their Instagram photo. She captioned it’s just us. Many people were able to confirm their romance when Biles posted the birthday celebration of Jonathan Owens. This happened after she broke up with her previous boyfriend Stacey Ervin Jr. Biles dated him for over three years but their relationship ended in March 2020. She shared that it was hard for her to end their relationship. But it was for the best.

Recently this July she confirmed her new romance with Jonathan Owens when she posted a picture of Owens in a carriage. She captioned “you give me butterflies”. Then Owens wrote in comments that he was hoping for this photo to be on her feed. Here you can find all the details about Simone Biles’s Boyfriend Jonathan Owens.

Owens is an NFL player from Houston Texas

Jonathan Owens is a twenty-six-year-old from St. Louis, MO. He is playing for the Houston Texas team. But he started his NFL career in 2018. Now he lives with his girlfriend Biles in the Houston area. Once he posted in his Instagram account about his career. He said that he was able to change pain into passion.

Owens and Biles are pet parents

The couple has lots of things in common. One is their love for pets. Owen has a two-year-old bulldog named Zeus. He has a separate Instagram account with many fans. Also, Zeus is the most energetic bulldog. He loves chewing and taking long naps. Further, Biles has two French bulldogs named Lilo and Rambo. So the couple is the parents of these cute dogs. Their dogs have now become siblings.

The couple met on social media

Biles and Owens met on social media. But Jonathan Owens was not able to identify who Simone Biles was. He did not know who she was when he saw her Instagram account. This is because he did not hear about her but that was the thing that made Biles like Owens.

Owens got impressed with Biles during the episode of Simone vs Herself. He started to like her because of her work ethic. Also, he came to know lots of things about gymnastics because of her. Then only when people talked about Simone Biles with awe did he know how good and popular she was in her sports.

They grew close during the pandemic

The couple are meant to be

In one episode of Simone vs Herself, Biles has shared how similar she and her boyfriend are. Their energy is the same. Also, they have the same sense of humor. They are both athletic and enjoy sporting activities. So she believes that they are meant to be.

Then Owens also revealed his relationship in an interview. He said that he loves the positive personality of Biles. She always looks happy and bubbly. So when he has a tough day at work he gets happy when he comes home and meets her. He also believes that their match is made in heaven.

Supportive of each other’s careers

Simone Biles’ boyfriend is one of her biggest fans now. He is always supportive of her career. When she wakes up tired he motivates her to follow her dreams. Also, he is always helpful and understands her. He cheered for her when she got the seventh national women’s title. Owens also posted a picture of his girlfriend and congratulated her. Biles also cheers for his boyfriend in his career. She attends his games frequently and supports him.

The couple celebrated its first anniversary

Biles used her Instagram account to celebrate the first anniversary of her relationship. The couple was wearing matching outfits in the photo for their date night. Also, they looked incredibly cute in their similar outfits. Many people commented on a couple goals for this picture. They were really happy on their first anniversary. Biles shared that he was the best thing that happened to her. Owens commented that time flies as they are having fun.

Owens is close with his family

The NFL player is a family guy. He always shares appreciation posts on Instagram for his mother and father. For instance, he wished his mother for Mother’s day like a dutiful son. Also, he shared that his sister was the one who encouraged him to become a football player. They are eleven years apart in age but still, they are very close.

Simone Biles and Jonathan Owens are adorable couples on Instagram right now. They are making their followers happy through the cute pictures. Therefore we can expect many more from this couple.