Who is Melyssa Davies: Interesting Things About James Murray’s Wife?

by Siya
in Biography
6 min read
0 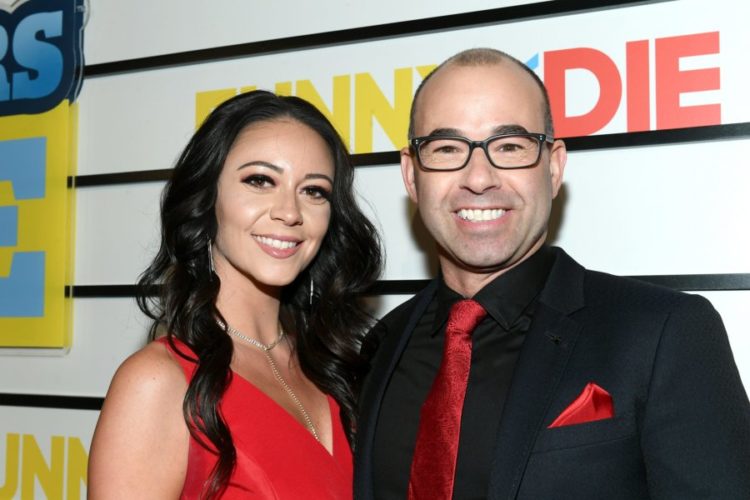 Who is Melyssa Davies?

The obvious question. She has a comprehensive bio, a successful career, and a loving husband to back her up. Although many would know her as James Murray’s wife. There is more to her than meets the eye. So, what do we know about Melyssa other than her marital status? Let’s zoom in. Melyssa Davies was born on March 13th, 1995 in Pennsylvania to Kim DiNofa Davies. She is currently 26 years old. Moreover, as a child, Melyssa spent most of her childhood with her parents and siblings. She has a close kinship with her mother.

Though Davies is now Murray’s wife, as the audience knows her. But there is something that we do not know about her. She has the accomplishment that sets her apart from her husband. She is an animal lover and a philanthropist.

After finishing her degree in nursing, she had an engagement with Murray. From 2020, she has been working in the field of Geriatric and Hospice care. So, if we take the sources to be true, many believe that she earns about $70 thousand annually.

She is A Dog Lover

If you are wondering whether she is a dog person or a cat person, the answer is the dog. Melyssa Davies is a huge dog lover. Moreover, she owns a dog whom she calls Penelope. She has given her dog the nickname penny. Her Instagram posts are overflowing with the posts of her dog. What is more interesting is that her dog has an Instagram account of her own with 6600 followers.

You may also like: Pierce Brosnan Biography, Career, Personal life and Net Worth

Melyssa Davies And Her Marriage To James Murray

Melyssa Davies married to the star of Impractical Jokers, James Murray amidst the hustle of the ongoing pandemic. Their marriage was very anticipated as fans speculated that they would tie the knot sooner than later. Before they married each other, they were a long-term couple. Moreover, They married in Lake House Inn, in 2020. While the guests in the ceremony included her family members and friends as well as the co-stars from Impractical Jokers. Both couples sported the wedding dress in which they looked beautiful.

While James had donned a black suit with bowtie, along with his signature glasses. Melyssa looked phenomenal wearing the traditional white gown along with a veil. The couple dated for a long time. However, they got engaged in 2019. One year later in September, they tied the knot.

After getting hitched the star did not waste any moment. He jumped to social media to announce the news to his fans. He announced the news through an Instagram post referring to it as “Best day of my life.”.

In an interview, the star opined that he did not want to propose early. Moreover, he wanted to propose to his girlfriend during their vacation in Turks and Caicos. However, he dropped the plan because of the natural calamity in the Bahamas.

Melyssa Davies’s husband is James Murray. He has a successful career as a producer. As we mentioned earlier, he rose to fame for being part of the cast of Impractical Jokers. However, he has successfully appeared in many movies as well as TV series. The actor first made his debut on the screen in 1997 in an uncredited role in Private Parts. However, later, he then appeared in many of the short movies. Some of them are Time Thugs, Criss-Cross, The Comedy Roast of Jesus Christ, etc.

However, his major role as an actor includes his appearance on Down to Business, Gods of Medicine, and MacGyver, etc. Besides acting, he has mastered the art of producing as well. He has produced many series as well as short videos.

How Much Is Melyssa Davies’s Net Worth?

Melyssa Davies is a humble human being who grabbed the attention of the media after her marriage. Moreover, after marrying Murray, she also had exposure to opportunities that increased her wealth. Although her net worth is not available on the internet as she did not officially reveal it. However, on the other hand, her spouse’s net worth ranges up to $7 million.

Some interesting facts about her

You may also like: Who is Matt Kaplan? His Personal Life and Career Details