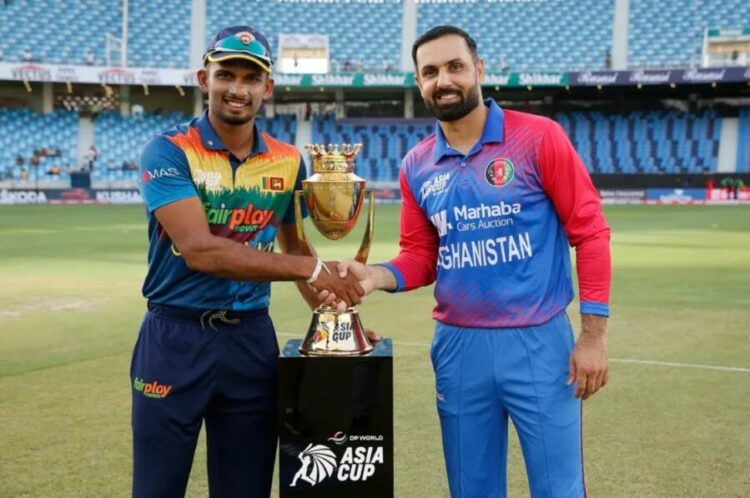 Sri Lanka will play against Afghanistan on September 3 at the Sharjah Cricket Association Stadium, Sharjah, in the seventh game of the Asia Cup 2022. This match is set to begin at 7:30 PM IST. So, fans can watch the live action on Star Sports Network. They can also follow Asia Cup 2022 live score on hotstar.

Moreover, cricket lovers can also watch the match on the Hotstar app live.

On the points chart for the league stage, both teams were in Group B.

Afghanistan won both games by wide margins to advance to the Super 4 stage. While Sri Lanka chased down Bangladesh in the second game. After losing to Afghanistan in the first.

Both teams have a respectable amount of match winners. So they both expect to get a strong start in this game.

When these two sides previously faced off in this competition, Afghanistan triumphed by an 8-wicket margin. While the Afghani team hopes to maintain their domination. Sri Lanka will attempt to change the course of events this time. Another exciting match is expected between these two teams.

On the day of the game, there will be 45% humidity. 13 km/hr wind, and a constant temperature of roughly 35°C. There is no risk of rain throughout the game.

The boundaries of the Sharjah Cricket Stadium are not very large. And while the pitch is generally flat and pretty true. It can occasionally play a little slowly when spinners are present. The team that wins the toss is expected to bat first if there isn’t predicted to be any dew in the second half because batsmen normally prefer batting here.