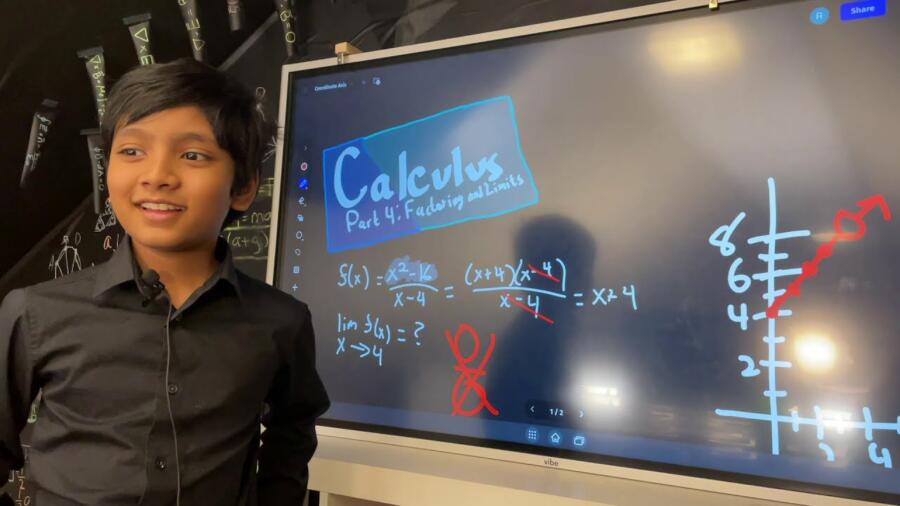 Soborno Isaac Bari, born on the 9th of April 2012, is a wonder kid from America. In fact, if you go by his age, then you will be deceived. For those who do not know, Soborno is the youngest professor in the world. Well, surprised? You should be, given the age of this wonder kid. In fact, he is regularly proving that age is merely a number. It seems true that with the instance of Soborno, we might have to reconsider the list of seven wonders of the world. At the age of 10, this wonder boy is no less a miracle on the planet.

Let me tell you that, unlike other kids of his age, the works of Soborno Isaac Bari, have shocked the entire world. Even his parents are also surprised at the merit of their son. Well, this is quite natural, when you see a 3 years old boy solving chemistry problems at the PhD level. In fact, to be more precise, he is an expert in solving the problems of Chemistry, which are about the periodic table.

However, he has already achieved the dreams of thousands of adults, as many renowned universities around the world have recognised him. In fact, he went on to receive the prestigious Global Child Prodigy Award in 2020. If you wish to know more about Soborno Isaac Bari, then this article is the perfect stop for you.

Keep reading this article to know more about this wonder kid from America.

Soborno Isaac Bari, the wonder kid, breathed his first on the 9th of April 2012. He was born to his parents in New York, United States. In fact, his date of birth suggests that as of 2022, he is 10 years old. However, there is confusion about his age. In one video, posted in June 2021 on his YouTube channel, Soborno claimed that he was 7 years old at that time. However, soon in another video, we saw him celebrating his 9th birthday.

In addition, the zodiac sign of this wonder kid is Aries. Let me tell you that he also has a middle name. It is Patek. Therefore, his real name is Soborno Patek Bari. There is an interesting event about this kid. Once a retired pilot failed to understand a topic on dynamics. His name was Mafijour Rahman. At that time, he saw Soborno’s video on that topic and was stunned to see how easily a boy of 2 years explained the hard topic. After that, he suggested the parents of Soborno name him Soborno Isaac Bari. Well, the Isaac in his name is after Sir Isaac Newton.

As far as his education is concerned, he is far beyond his age. In fact, people call him by different names. We know him as the God of Mathematics, the youngest professor, and the Einstein of the 21st century. In fact, he has immense knowledge in the fields of Mathematics, Chemistry and Physics. In addition, he believes, if a person received the right guidance, then he or she can become Sir Isaac Newton, with some hard work.

As far as his religious faith is concerned, let me tell you that Soborno Isaac Bari is a Muslim child. In addition, he belongs to a mixed ethnical background. His father, Rashidul Bari is a Bangladeshi mathematician, who moved to the US in 2000. Therefore, Soborno is an American national by birth. On the other hand, his mother’s name is Shaheda Bari.

Rashidul and Shaheda got married on June 10, 2002. In fact, in the US, Rashidul has also worked as a Darayan. They lived a very poor life and at times, struggled for food. However, through hard work, Rahidul earned five bachelor’s degrees and two master’s degrees. At present, he is a professor at an American university.

In the family, Soborno also has an elder brother. His name is Aporbo Bari and he is 19 years old, as of 2022.

It is natural that a child slowly starts to learn to speak and attends school for basic education. However, the case with Soborno Isaac Bari is a lot different. In fact, within six months of his birth, he started to speak in complete sentences. Though his parents did not pay attention initially, later they discover that their son is really extraordinary. In fact, they saw him solving complex problems in Mathematics and Chemistry very easily at the age of 2 years.

His parents started to share videos of Soborno solving complex mathematical and Chemistry problems on the internet. Seeing these videos, many New York-based news channels reached out to him. In fact, Soborno attended an episode of the Voice of America and solved the Chemistry problems of the PhD level, just like a scholar.

In fact, the French president, German Chancellor, FBI directors, the secretary-general of the UN and various other important personalities of the world, have recognised his efforts.

Also read: Maitreyi Ramakrishnan: Some Facts About The Budding Actress