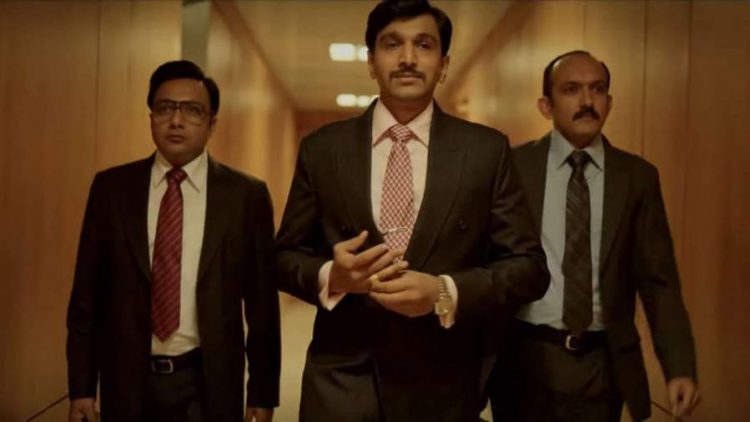 Scam 1992: The Harshad Mehta Story is an Indian drama made by Hansad Mehta. It is a tale based on the real-life story of Indian Stock market scam that happened in 1992 by Harshad Mehta. The series is an adaptation of the book The Scam: Who Won, who Lost, who Got Away written by Sucheta Dalal and Debashish Basu. It released in SonyLIV on 9 October 2020. The series became very famous and its theme music also is catchy. At the moment it is having the highest rating on IMDb than other serials.

Here is a review of Scam 1992: The Harshad Mehta Story.

Harshad Shantilal Mehta was a former stockbroker who was also a wealthy man. However, he got charged with financial crimes because of indulging in 1992 securities scam. He took part in massive stock manipulation using worthless bank receipts. He got convicted in Bombay Stock Exchange (BSE).

But this scandal showed to the world the loopholes in the Indian Banking system and also Bombay Stock Exchange (BSE). Many new rules made by the authorities to prevent such scandals in the future. Mehta got put on trial for nine years but died in 2001 at age forty-seven.

Why the series is so good?

Pratik Gandhi played the role of Harshad Mehta in the series and he gave an incredible performance. Many viewers enjoyed how he portrayed the shrewd Harshad Mehta scheming to manipulate the finance world. The series had ten episodes each 50 minutes so there was enough time to introduce all the characters involved in the scandal.

The show also revealed the loopholes in the old bank system of India which Mehta used for getting money. In the process, he also causes devastation for many people who lose their money because of him. Some of the moments in the series are very thrilling as Mehta escapes one incident from another that gives him lots of confidence. However in the end he gets caught for good. But the end not only was Mehta the villain but the people who helped him.

Some of the other people who played important parts in the film are Hemant Kher as Ashwin Mehta, Ramakant Dayma as Shantilal Mehta, Kartik Krishnan as Chandraswami, Shreya Dhanwanthary as Sucheta Dalal, Jai Mehta as Kiran Ajgaonkar and more. Everybody has given a laudable performance in the series.

The critical reception of the series

“Scam 1992 – The Harshad Mehta Story” received good critical response from the audience. It has an engaging screenplay and the casts gave stellar performances. They brought back the aesthetic of the nineties age in the film. Moreover, many think of it as a cautionary tale. The theme song got special attention from the audience.

The real story of how a successful man gets in trouble because of his crimes was intense and deep. The flamboyance and risk-taking qualities of Harshad Mehta got represented in great detail. They made the man come to life on the screen.

Hope you liked the review of the series. If you have not watched it then you must definitely see it as it was brilliant.