Sony’s Monster Hunter Release Date, Plotline, Cast, and All About The Movie 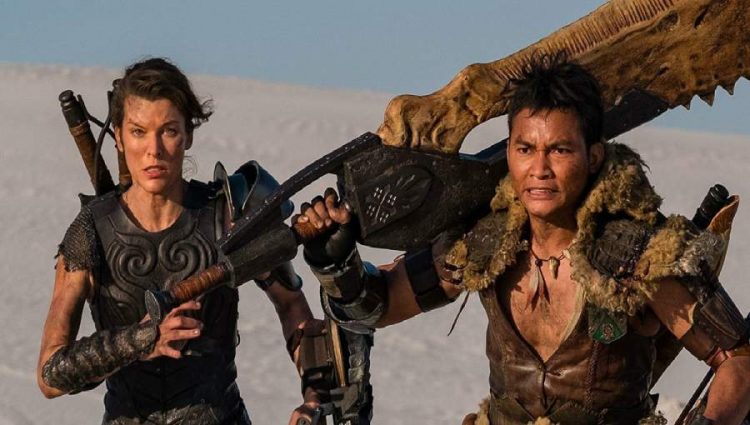 Monster Hunter is an upcoming film by Sony directed by Paul W. S. Anderson. The film is an adaptation of the popular video game of the same name created by Capcom. The film was in the calendar since 2012. Then Capcom announced the film in 2018. The production of the film started on October 5, 2018, and ended on December 19, 2018. It is going to be thrilling and adventurous. Many good actors roped in to play action-packed roles.

When is the release date for Monster Hunter set?

The film was actually set to release on 4th September 2020. However, the new release date for the film is 23rd April 2021 for the United States. It will get released by Sony Pictures. If the film is successful in the US, it may get released in other countries also. Many players of the game are really excited to watch the film.

The premise of the Monster Hunters

The story is about Lt. Artemis who falls into a pit along with her crew. They find themselves stuck in a world full of giant monsters. They also meet a hunter called Jaa who helps them to survive. They have to battle with the monsters to seek a way to go home.

A picture of Milla Jovovich who is playing the character of Lt. Artemis released. She is carrying a large jaw blade and looking at the camera. It was really great to see her back in an action role. She is looking somewhat similar to the role Alice she played in the Resident Evil franchise. So she will certainly give a great performance in the film by slaying the large monsters. The iconic blade she carries is the famous weapon found in the original video game.

The fans are expecting the monsters of the video game to make an appearance in the film. Director Anderson has promised that the fans would not get disappointed with the monsters. The creators have done a great job to make the monsters as realistic as possible and they are over fifty to sixty feet. Anderson also revealed that it will be more detailed than the dinosaurs in Jurassic World.

They will also look better as they went to some great locations for the setting such as South Africa and Namibia. The animators got inspired by many things in the locations such as wind, dust and sun flare and made the monsters in CGI.

The film has great cast members. Milla Jovovich will play as Captain Natalie Artemis who is serving in the United Nations military. Then Tony Jaa will act as The Hunter who is a powerful warrior bent on slaying the monsters. Moreover, actors like Clifford “T.I.” Harris, Jr., Ron Perlman, Diego Boneta, Meagan Good, Josh Helman, and Jin Au-Yeung are also going to be part of the film.

Monster Hunters will be a fantastic adventure film. Stay tuned for its release. There is lots of amazing stuff waiting for the viewers in the film.