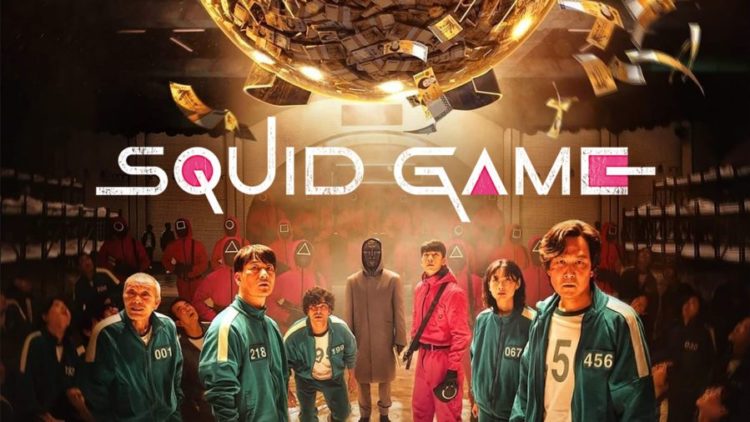 Today the talk of the town is the Squid Game. It is the top show on Netflix and is almost worth $90o millions. The series also has become the subject of memes, videos, games, and more. Netflix announced on Twitter that the Korean series was seen by 112 million viewers and it has surpassed the ratings of the series Bridgerton. How many people want to see more Korean series and films on Netflix because of Squid Game? It has become the number 1 show in the world. The show’s announcer thanked fans for the support they gave for the show.

The Squid Game is a gory thriller where a group of people get stuck in a place where they have to play games to survive. If they do not play the game properly then they die. Now there are talks of Squid game season 2 and the viewers are eagerly waiting for it. Here you can know all the details about the Squid Game.

Why are people crazy over Squid Game?

The Squid Game was released on September 17 on Netflix. At that time no one thought that it would become a great success. It is a Korean survival drama. In the series, 456 players who are in deep debt get picked to play children’s games commonly played in Korea. The winner will receive ₩45.6 billion as the award. But the players find that their lives are at risk when players die one by one when they lose.

Also, they are watched by men wearing pink suits and the game is overseen by a mysterious man in a Black mask and uniform. The main character of the game Gi-hun allies with the other players to cross the physical and psychological twists in the game.

This interesting storyline and the characters in the game caught the attention of over 142 million members. Then it became the most-watched Netflix series. So it gave Netflix a great payback.

The director of the series Hwang based the storyline of Squid Games on his own life in South Korea. As there was class disparity he struggled financially. He wrote the story in 2009 but he was not able to find a production company. But Netflix took an interest in the series in 2019 as a part of its plan to expand its streaming service to foreign programs. Hwang directed all the nine episodes.

Along with the storyline, the cast of the series also received a lot of acclaim. For instance, Lee Jung-jae and Jung Ho-yeon got a lot of popularity from the fans for their roles.

Squid Game is now $900 million worth

The series Bridgerton created a record on Netflix with its viewership of 82 million. But this record was broken by Squid Game. Hwang shared that he wanted to write a story that serves as an allegory or fable about modern capitalist society. That is why the people in the game compete to become rich. He wanted to use the characters that ordinary people see in everyday life. The games in the series are also easy to understand so the viewers can see the characters instead of focusing on the games.

At first glance, it seems like Child’s play. But when the characters die due to simple mistakes the series turns dark and gory. Some elements in the game become frightening and difficult to accept. One of the popular scenes from the Squid Game is the red light green light game. A doll ignores the players who stand still without moving.

But if they are not still then it targets them and shoots them without remorse. It is a terrifying scene. There are many games and merchandise available for Squid Games. Hence it has collected huge wads of cash for the streaming giant.

Will there be Squid Game season 2?

Netflix has not revealed any hints about Squid Game season 2. If there is a second season then it will probably arrive in 2023. Hwang also has shared that he does not have any immediate plans for season 2. But if he gets an idea he will ask some experienced directors to associate with him. There are lots of expectations for season 2 of Squid Game so there is a lot of pressure on Netflix.  At the moment we cannot confirm if there will be Squid Game season 2.

What may happen in Squid Game season 2?

In the series, one year later, Gi-hun finds that the game is about to begin again. He runs into a salesman recruiting new players. So Gi-hun plans to stay in Korea instead of going to America as he hopes to shut down the game.

This end scene gives us hope that he will be back for season 2. As he is the winner of the game he will help other victims to escape from the Front Man. Moreover, in season 1, there was a hint that many rich men are arranging Squid Games by recruiting poor people. They are gambling on the outcome of the games for their entertainment. Therefore in the future season, more light will be thrown on the characters like Front Man and others.

The fans will also get to see the story of the Front Man. Hwang himself has revealed that season 2 will be more about the Front Man.

Squid Game is one of the biggest shows on Netflix right now. It has offered large returns for the streaming giant raising its confidence in investing in foreign shows. We will be able to see more content from other countries on Netflix in the future.