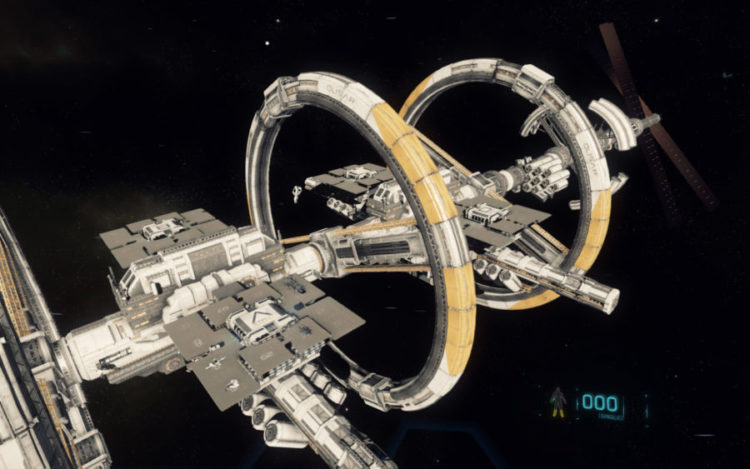 When players first come into the world of Star Citizen, they will feel crazy about the large scale of the Verse in Star Citizen. And they don’t know where to go in this large world. As players know the basic settings of the game, they will need to do something else to become familiar with this game. There are the major currently implemented locations waiting for players to find in the Verse. So, players can read this article to know what they are and what they can do in these areas. In addition, some rare materials are not easy to find through missions, you can buy Cheap Star Citizen aUEC to buy them from the shop at the stations in the verse.

Port Olisar is located in the trade lanes above Crusader, you can see the great view of the gas giant below it. It is owned and operated by Crusader Industries, which displays as a gateway to the company’s large planetary holdings and orbital shipyards.

There is a spaceport for calling ships to the pads, an administration desk for deliveries and a lot of shops stocking weapons, gear, and ship components.

As found within Yela’s ring, the Grim Hex started as a Green Imperial Housing Exchange. Everline Structures Incorporated made it into a hollowed out asteroid to offer affordable accommodation for miners. Because of the loss of jobs, these stations fell into the Grim Hex, which became a haven for people who plan to avoid the law and find places to live.

Without the regulation of UEE, many players will discover unique trade and contract offerings, they can also get the same repair, re-arm and re-fuel amenities compared to other upstanding stops.

Lorville is one of the common company towns built by Hurston Dynamics for its employees on the planet Hurston. While this city owes many larger strip-mining operations, it hides in the shadow of Central Tower.

Lorville is surrounded by a high and wide wall and located in the Desert, which is close to the polluted coast biome.

There are four main lines in the Lorville Mass Transit System, which takes you to various locations in this city. It has a general no-fly zone, you need to get the landing clearance granted by Teasa Spaceport. You can store and retrieve vehicles in the garages at the six perimeter gates.

Area 18 is one of the main commercial ports for interplanetary traffic as well as the surrounding region of Arccorp. It seems to be the site of the iconic North Tower. Travelers can find various goods from trusted shops as well as local merchants in the city.

For sightseers, Area 18 offers good views of the city-planet with the scenic sky- train from the Central Plaza to the spaceport. And you can also take skyscrapers to pierce through the No-Fly Zone.

The final explorable planet in the Stanton system is the icy world of micro Tech. This place is owned by the makers of mobiGlas, but now it suffers from brutal weather and unrelenting storms.

New Babbage is a high-tech metropolis, which makes it the perfect headquarters for the former  company. As shoppers, you can choose your mobiGlas variant at the local store or find the highest fashion in Stanton. And you can also experience the open gym and yoga. Walley’s Bar is a nice place for players in this area.

These places have different functions in the world of Star Citizen, players can remember them and find them in the process of exploration. And when you plan to upgrade or replace your ships,  you can Buy Star Citizen UEC to find a good one for your journey in Star Citizen.

Also read: Creators Can Get A Chance to Make Money in Zuckerberg’s Metaverse